Samsung Galaxy A53 5G Design, Specifications Spotted on TENAA Ahead of Launch

Samsung Galaxy A53 5G could feature 8GB of RAM and up to 256GB of storage. 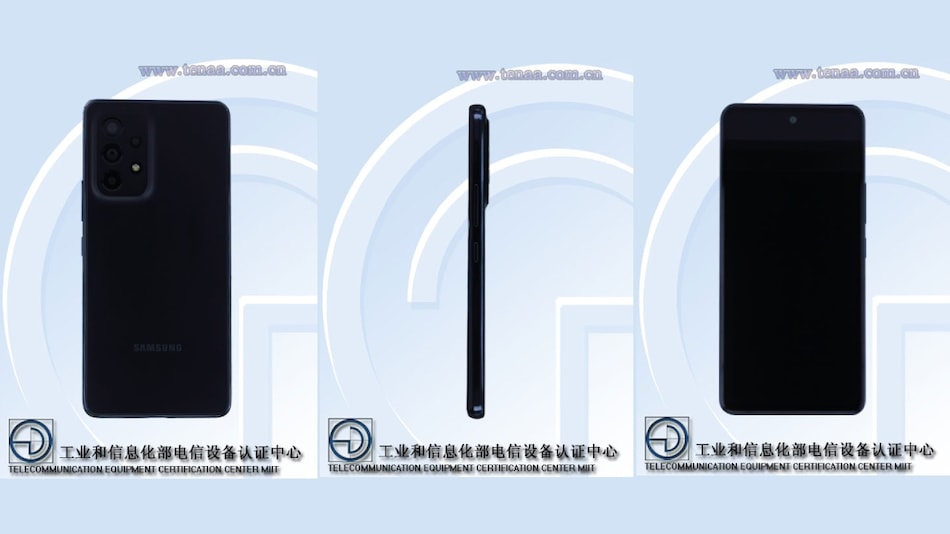 Samsung Galaxy A53 5G may feature a 6.46-inch full-HD+ (1,080x2,400 pixels) display which could feature an AMOLED panel. The listing suggests that the fingerprint sensor will be located under the display. Meanwhile, live images of Samsung Galaxy A53 5G was also spotted by 91Mobiles, showing the rear panel of the smartphone, the rear camera setup, and the smartphone's frame.

Samsung Galaxy A53 5G is listed to sport an unspecified octa-core processor with a clock speed of 2.4GHz. The smartphone is tipped to launch with the Exynos 1200 SoC under the hood, after it was spotted on Geekbench in December. According to the listing, Samsung Galaxy A53 5G could feature 8GB of RAM and up to 256GB of storage.