Samsung Galaxy S22, Galaxy S22+, and Galaxy S22 Ultra are expected to be launched at the company's upcoming event. 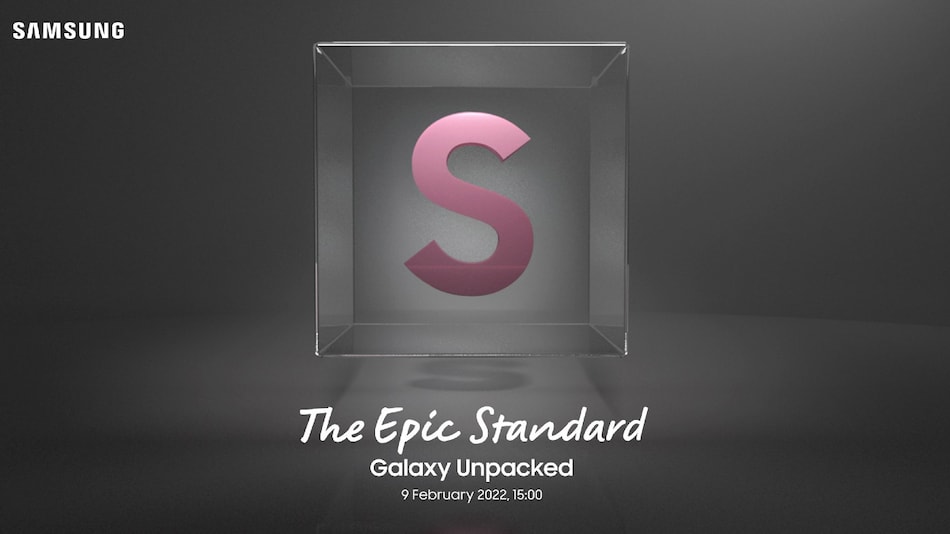 Samsung has recently confirmed that it will hold its Galaxy Unpacked event in February where it could announce the latest Galaxy S-series phones, likely to be called the Galaxy S22. There's still no word from the South Korean tech giant on an official date, but a new leak suggests that the event could happen on February 9. The upcoming lineup is said to include three models — Samsung Galaxy S22, Galaxy S22+, and Galaxy S22 Ultra. The company has even started taking pre-orders for the devices in the US.

Tipster Evan Blass (@evleaks) tweeted a promotional image of the upcoming Galaxy Unpacked event which reveals the event date and time. According to the poster, Galaxy Unpacked 2022 will take place on February 9. The poster suggests an event time of 3pm, but it is unclear what time zone it is referring to. The poster is seen with the tagline: “The Epic Standard”. There is no confirmation from Samsung about the Galaxy Unpacked 2022 event yet, but the new leak is in line with previously tipped schedules.

Samsung earlier this month confirmed the Galaxy Unpacked event without revealing the official launch date. Also, Samsung President and Head of MX Business TM Roh recently teased the launch of the Samsung Galaxy S22 smartphones, saying it would be the most “noteworthy” Galaxy S-series offering the company has created so far. The company has shared a video teaser for the upcoming Galaxy Unpacked event.

As mentioned, the upcoming Samsung flagship lineup is expected to include the vanilla Samsung Galaxy S22 variant, alongside the Galaxy S22+ and Galaxy S22 Ultra models. They are expected to pack the latest Snapdragon 8 Gen 1 and Exynos 2200 chips under the hood, based on the region they will launch in. The devices are said to feature up to 12GB of RAM and 512GB of storage. Galaxy S22 Ultra is tipped to come with an S Pen.