Samsung earlier suspended Android 12 rollout after many users reported issues with the update. 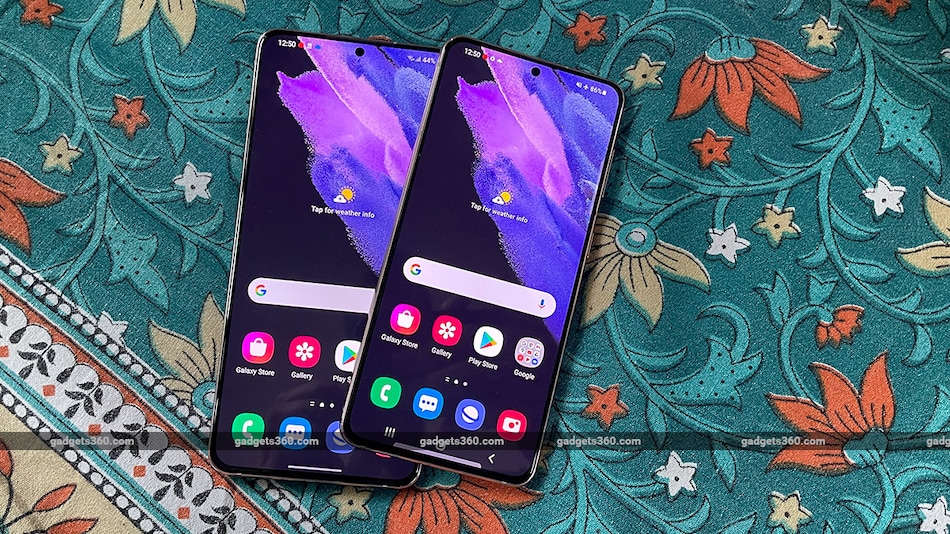 Samsung has reportedly resumed rolling out the stable version of the Android 12-based One UI 4 update. The update was recently paused when many users reported issues regarding compatibility with Google Play. The One UI 4 update was rolled out for Samsung Galaxy S21 series, Galaxy Z Fold 3, and Galaxy Z Flip 3 smartphones. Samsung has also mentioned that it has collaborated with Google in order to eliminate the issues faced by users. The update for the aforementioned Samsung Galaxy smartphones is now said to be rolling out globally.

As per a report by XDA Developers, Samsung is finally resuming the rollout of the stable version of Android 12-based One UI 4 for Galaxy S21 series, Galaxy Z Fold 3, and Galaxy Z Flip 3. As mentioned earlier, Samsung said (via a moderator on its forum) that it has collaborated with Google to resolve the compatibility issues between its One UI 4 update and Google Play.

The revised over-the-air (OTA) update for the Samsung Galaxy smartphones should arrive automatically. However, keen users can manually check for the update by heading to Settings > Software update > Download and install.

Issues with the Android 12-based One UI 4 update for Samsung Galaxy S21 series were reported last week where users experienced compatibility issues related to Google Play. At the time, the South Korean tech giant did not comment on the reported issues in the update. Meanwhile, Samsung Galaxy Z Flip 3 and Galaxy Z Fold 3 users reported issues like slow performance, applications not working, screen flickering, poor audio quality, and more earlier this month.