Samsung Galaxy S22 is available in four colour options as of now. 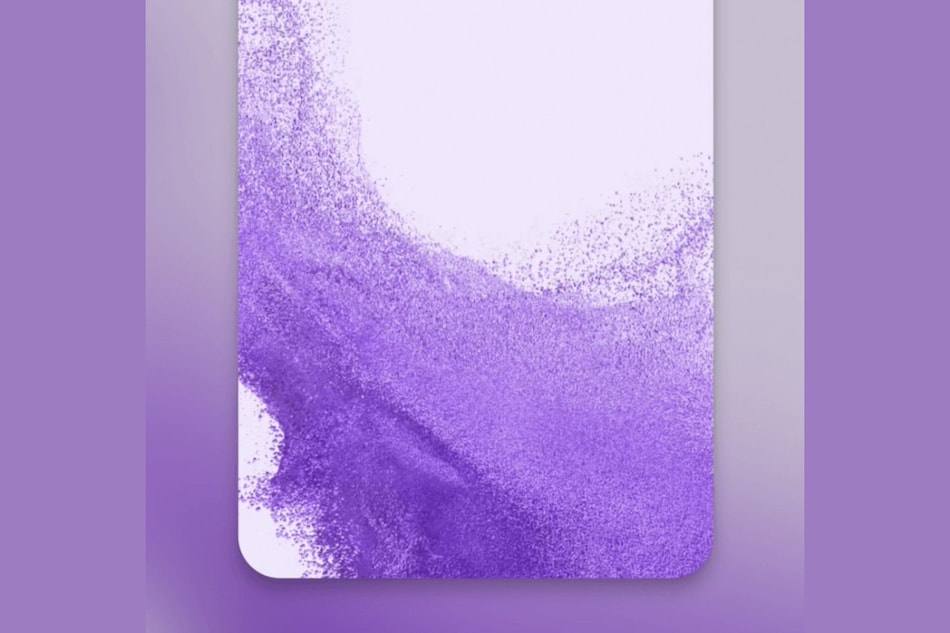 Samsung Galaxy S22 will reportedly be available in a new colour variant — Lavender Purple. The Galaxy S22 series was launched in India this February and housed Qualcomm's Snapdragon 8 Gen 1 SoC. The Galaxy S22 is available in four colour options with the Pink Gold colour variant being launched in India in May. The smartphone comes in two storage variants — 8GB RAM + 128GB and 8GB + 256GB. Samsung Galaxy S22 houses a 3,700mAh battery that supports up to 25W wired and 15W wireless charging.

As per a recent leak by reliable tipster IceUniverse, via Twitter, the Samsung Galaxy S22 will sport a new colour variant called Lavender Purple. The Galaxy S22 series were launched in India in February and came in Green, Phantom Black, and Phantom White colour options. A Pink Gold colour variant was added to the flagship smartphone in May. With the arrival of the Lavender Purple shade, the total colour options of the Samsung Galaxy S22 will be five.

The Green, Phantom Black, and Phantom White colours variants of the Samsung Galaxy S22 that were launched in February are available in the 8GB + 256GB storage model and come with a price tag of Rs. 76,999 while the Pink Gold option of the handset will only be available in the 8GB + 128GB storage option and is priced at Rs. 72,999, same as that of the other colour variants with the same storage option.

No information is available regarding the storage variants and pricing of the Lavender Purple variant of the Samsung Galaxy S22.

The Samsung Galaxy S22 runs on Android 12 with One UI 4.1 on top. The handset sports a 6.1-inch full-HD+ Dynamic AMOLED 2X Display that supports a variable refresh rate of 48–120Hz and is protected by Gorilla Glass Victus+ panel. The flagship smartphone from Samsung is powered by a 4nm octa-core Snapdragon 8 Gen 1 SoC, along with 8GB of RAM as standard.

The Samsung Galaxy S22 packs up to 256GB of onboard storage. Connectivity options include 5G, 4G LTE, Wi-Fi 6, Bluetooth v5.2, GPS/ A-GPS, and a USB Type-C port. Sensors on board the handset include an accelerometer, ambient light, barometer, gyro, hall, magnetometer, and a proximity sensor. There is also an in-display fingerprint sensor. Further, the phone comes with an IP68-rated dust- and water-resistant build.

The flagship handset from the South Korean company houses a 3,700mAh battery that supports up to 25W wired and 15W wireless charging. The Samsung Galaxy S22 also has Wireless PowerShare for charging other devices that have wireless charging support.