Vivo S1, V15 Pro updates are currently undergoing greyscale testing and will only be visible to some users initially. 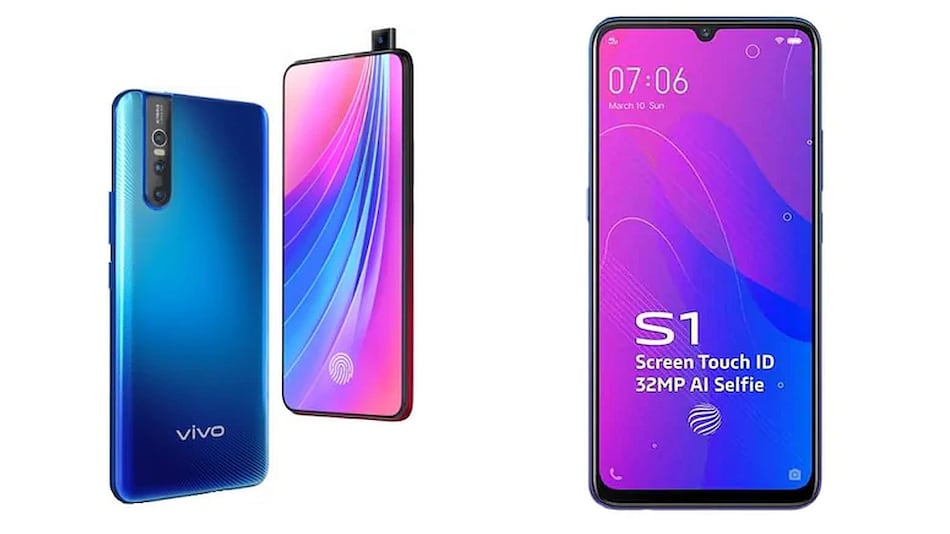 Vivo S1 and Vivo V15 Pro smartphones are reportedly getting the Android 11-based Funtouch OS 11 update. Both the smartphones are receiving the update through greyscale testing, which means only a limited number of users will be able to experience the latest OS upgrade initially. Vivo hasn't shared any details about when a stable update for both the smartphones will be rolled out for all users. It is expected to arrive soon after all the bugs are wiped off during the testing rounds.

According to a report by PiunikaWeb, Vivo has started rolling out third-party testing for its Android 11-based Funtouch OS 11 update for Vivo S1 and Vivo V15 Pro smartphones. There has been no information regarding the build number for the update, however, it is expected to be more than 3GB in size. It will also be the last major OS upgrade for these smartphones as Vivo typically provides two OS upgrades for its handsets as both of them were launched with Android 9 Pie in 2019. The phones received the Android 10 update last year.

Vivo V15 Pro was launched in February 2019 and features a 6.39-inch full-HD+ Ultra FullView Super AMOLED display. Under the hood, it has a Snapdragon 675 AIE SoC, coupled with 6GB of RAM and 128 GB of onboard storage. For photography, it has a triple rear camera setup with a 48-megapixel primary shooter. For selfies, there is a 32-megapixel camera placed within a pop-up module. It packs a 3,700mAh battery that supports Vivo's Dual Engine fast charging technology.

On the other hand, Vivo S1 was launched in August 2019 and features a 6.38-inch full-HD+ Super AMOLED display with a waterdrop-style notch. It is powered by a MediaTek Helio P65 MT6768 SoC paired with up to 6GB RAM along with up to 128GB of onboard storage. It has a triple rear camera setup with a 16-megapixel primary sensor. At the front, there is a 32-megapixel selfie camera. It packs a 4,500mAh battery with 18W fast charging support.

In other Vivo-related news, the company recently updated two of its smartphones to Android 11-based Funtouch OS 11. Vivo V17 received a stable version of the update, while Vivo V17 Pro's update was undergoing greyscale testing earlier this month.

Knives Out 2, Knives Out 3 Sold to Netflix for $450 Million: Reports
Google Cancels April Fools Pranks a Second Time, Due to COVID-19 Crisis