Vivo V23 5G is said to launch in India sometime in December or January. 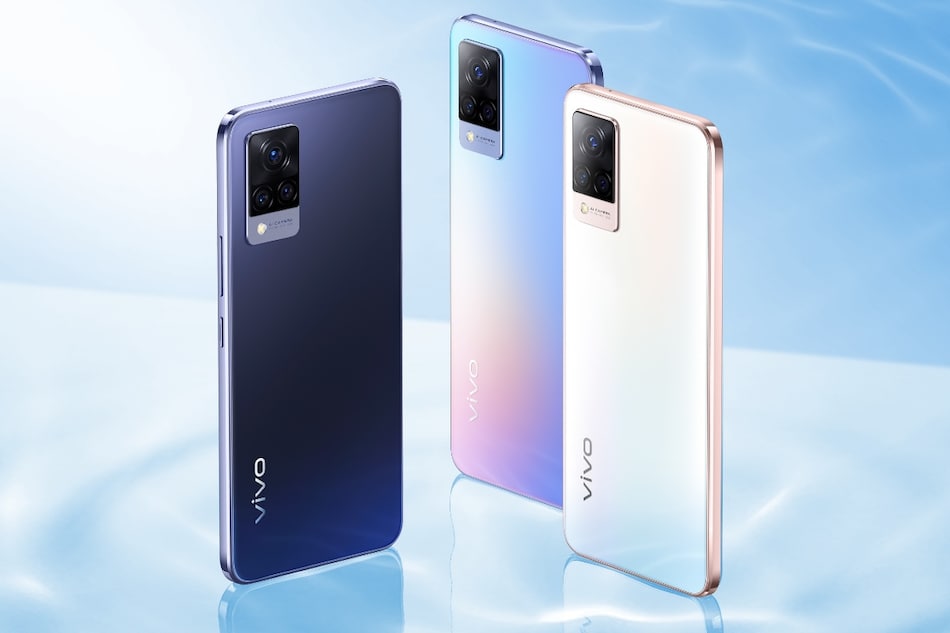 Vivo V23 5G's India launch seems imminent as it has reportedly been spotted on Bureau of Indian Standards (BIS), as well as Standard and Industrial Research Institute of Malaysia (SIRIM) certification websites. The listings don't divulge much information about the upcoming smartphone. Vivo has not yet announced when it will launch Vivo V23 5G but it is expected to launch next month along with Vivo V23 Pro. The specifications of the vanilla Vivo V23 5G are not known but it is expected to be an upgrade over Vivo V21 5G.

As per a report by MySmartPrice, Vivo V23 5G was recently spotted on the BIS and SIRIM certification websites. The Vivo smartphone was spotted with its internal model designation V2130. It is being speculated that Vivo V23 5G may launch in the coming weeks, since a smartphone typically appears on BIS closer to its launch in the country. However, past reports suggest that it could launch as early as this month or in January next year.

Vivo V23 series is said to comprise vanilla Vivo V23 5G, Vivo V23 Pro, and Vivo V23e 5G. As of now, the specifications of Vivo V23 5G are still unknown. However, it is being speculated that the upcoming smartphone will be an upgrade over Vivo V21 5G that was launched in India on April 29.

The dual-SIM (Nano) Vivo V21 5G runs Android 11 with Funtouch OS 11.1 on top. It sports a 6.44-inch full-HD+ (1,080x2,404 pixels) AMOLED display with a 20:9 aspect ratio and 90Hz refresh rate. Under the hood, it gets a MediaTek Dimensity 800U SoC paired with 8GB of RAM along with an Extended RAM feature that boosts the RAM by up to 3GB. The Vivo smartphone has up to 256GB of onboard storage that can be expanded via a microSD card.

For optics, Vivo V21 5G features a triple rear camera setup with a 64-megapixel primary sensor, an 8-megapixel wide-angle sensor, and a 2-megapixel macro sensor. For selfies and video calls, it gets a 44-megapixel sensor with optical image stabilisation (OIS). It packs a 4,000mAh battery with 33W FlashCharge fast charging support.