Apple's utilisation of the display cutout for notifications and app alerts is expected to be one of the most copied features of the year. 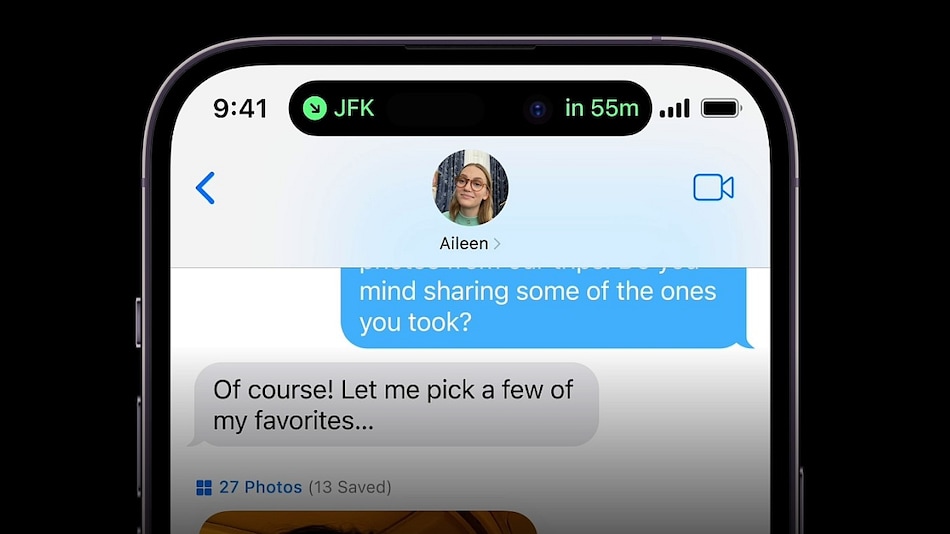 Xiaomi China President Lu Weibing has asked users if they wanted to see "smart island" functionality on the company's handsets, similar to Apple's implementation of the software on its latest iPhone Pro models. Dubbed the 'Dynamic Island', the Cupertino company's latest handsets replace the display notch with a pill-shaped cutout, which can expand to display notification icons, or provide other information from running apps. As the feature relies on software to display the additional details around the camera cutout, the feature could eventually make its way to smartphones from other manufacturers in the future.

Over the weekend, Xiaomi China President Lu Weibing responded to a user's comment on a Weibo post, asking whether users would “really need a Smart Island” (translated from Chinese) on the company's smartphone. Weibing was responding to a user who said "looking forward to the K60 universe, with the blessing of Smart Island" (translated from Chinese). Xiaomi is yet to officially announce any plans to add this functionality to any of its devices, including the rumoured Redmi K60.

The company's unique approach, however, seeks to add real functionality to the display cutout. It blends the cutout with the rest of the UI using animations that make the Dynamic Island appear larger, and allowing users to when interacted with it. The company also announced that the feature will eventually let users monitor Live Activities, from the top of their screen, without having to navigate between applications.

Weibing's comment has garnered mixed reactions from users in favour of and against the repurposing of the display cutout.

If previous reports are to be believed, it appears that Android developers will be following suit. The fresh take on the front display notch, is tipped to become one of the most copied features of the year. According to Gizmochina, a MIUI theme developer recently shared a Dynamic Island-styled feature for Xiaomi phones. However, there's no word on whether the company plans to implement such a feature in its upcoming handsets.