Xiaomi has confirmed that it will hold two flash sales for its budget Redmi 1S smartphone and LTE-enabled Redmi Note 4G again on Tuesday, January 13. This will be the second time that will see Xiaomi holding flash sales for two of its smartphones on the same day. 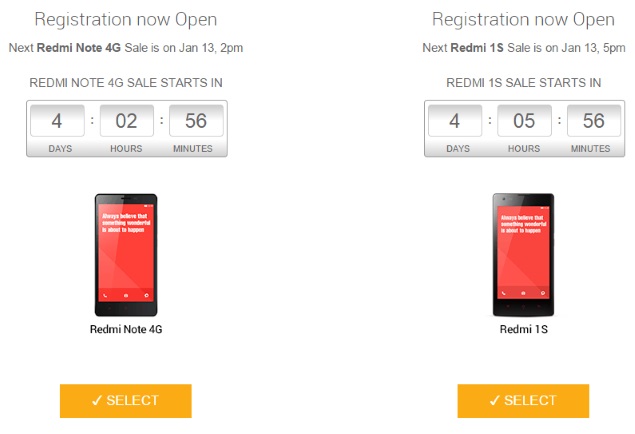 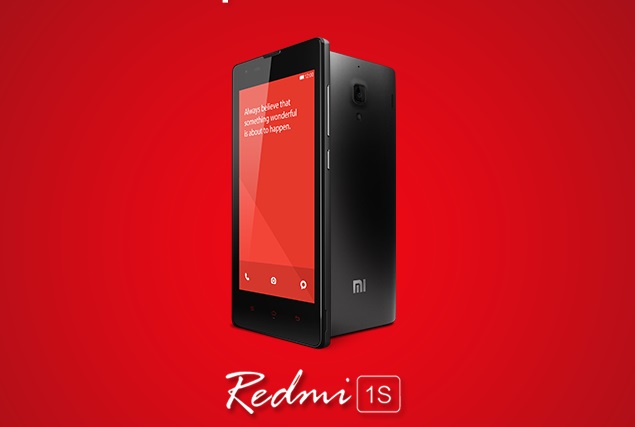 As before, the Xiaomi Redmi 1S will be available via Flipkart at Rs. 5,999, while the Xiaomi Redmi Note 4G will be available at Rs. 9,999, and registrations for both the smartphones that make consumers eligible to participate in the sale will end at midnight on Monday. As of now, Xiaomi has not revealed how many units of the Redmi 1S and Redmi Note 4G will be going on sale on the day. Flipkart's Mi page notes it will limit orders to one phone per registered email ID per sale.

The Chinese handset brand last week just ahead of Redmi 1S flash sale announced that the total number of handsets available this time for flash sale would be just 20,000, instead of the 40,000 revealed earlier.

The company explained the halving in a tweet and said, "This is due to an unforeseen logistics delay. We apologize for the inconvenience caused! Be assured - we will make it up in our future sales."