Motorola’s first ‘Ultra’ smartphone is an interesting one 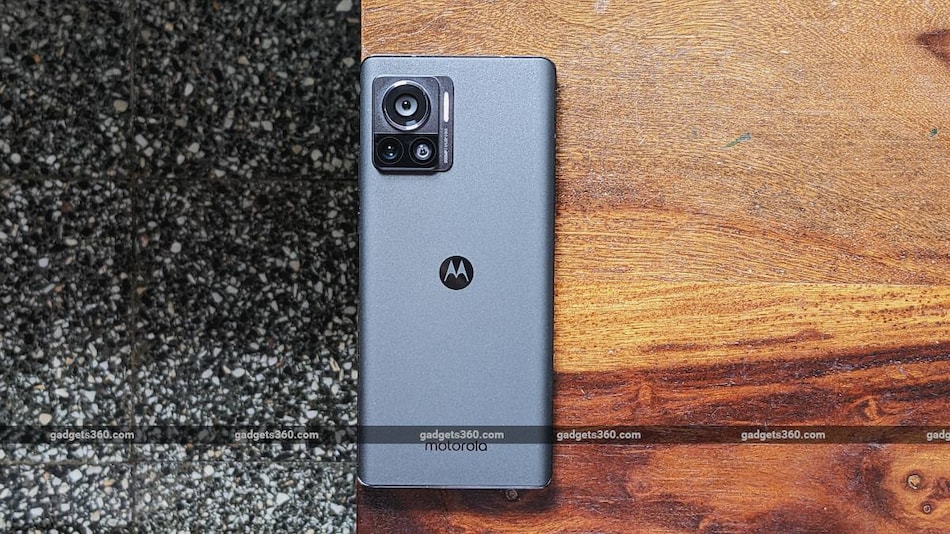 Motorola has just launched its first ‘Ultra' smartphone in India. The Edge 30 Ultra packs some really interesting hardware and is the first smartphone in India to include a 200-megapixel primary camera. A quick glance through its spec sheet and it seems to be all about big numbers, but does it have what it takes to compete with similarly priced smartphones in this segment? Here are my first impressions of it.

The Motorola Edge 30 Ultra sits above the Edge 30 Pro (Review) which launched earlier this year in India at a very competitive price. The Edge 30 Ultra is available in a single variant with 8GB of RAM and 128GB of storage and is priced at Rs. 59,999. The phone is available in two finishes – Starlight White and Interstellar Black.

The Motorola Edge 30 Ultra uses Corning Gorilla Glass 5 on the front and rear panels. The anti-glare back panel is curved around the sides but appears flat near the top and bottom. It has a unique texture which is good at rejecting fingerprints, similar to the Vivo X80 Pro (Review) with its shimmery appearance when exposed to bright light.

The screen on the Motorola Edge 30 Ultra has curved edges on either side that flow into the skinny metal frame. The bezels around the display are thin all-round and thanks to the flexible nature of the pOLED panel. The metal frame has a matte-finish and feels quite slippery. The volume rocker and power buttons are placed on the right side of the phone.

While the Motorola Edge 30 Ultra's form factor is similar to most other smartphones available in this segment, its chiselled look (8.39mm thin) makes it stand out and is also quite light to handle at 198.5g. It does feel a bit tall for one-handed use. The phone has an official IP52 rating for dust and water resistance, which is better than most of the competition at this price point. However, it is still a bit disappointing given that smartphones such as the Samsung Galaxy S21 FE 5G (Review) offer an IP68 rating at a lower price point.

The 6.67-inch full-HD+ display on the Edge 30 Ultra offers a maximum refresh rate of 144Hz, which should be useful while gaming, but it also makes the software feel fluid to use. The display is also HDR10+ certified, although this ability isn't detected in some streaming apps such as Netflix at the moment. The phone is powered by Qualcomm's Snapdragon 8+ Gen 1 SoC which is also found on similarly priced smartphones from OnePlus and iQoo.

The Motorola Edge 30 Ultra runs a near-stock version of Android 12 called MyUX and Motorola claims to offer three generations of Android updates (till Android 15), along with four years of security updates, which is nice. The software appears quite stock with the usual Motorola customisations (Peek display, Quick capture, etc) and no additional third-party apps, which is surprisingly rare for smartphones in the premium segment today.

As for the software experience, I found it to be a bit of a mess. The firmware on my unit has been pretty unstable so far, causing frequent reboots from the time I set it up. I noticed this mainly while using the camera app and charging the smartphone, but there were times when it randomly rebooted when it was just sitting idle. Motorola says it's aware of this issue, although it's still undetermined if this is limited to only some of the review units sent out in India or if it's more wide-spread.

Motorola has gone with a triple rear camera setup which includes the 200-megapixel primary camera with OIS, a 50-megapixel ultra-wide-angle camera which doubles up as a macro camera (similar to the Edge 30 Pro), and a 12-megapixel telephoto camera with 2X optical zoom. Selfies are handled by a 60-megapixel camera which is also available in the Motorola Edge 30 Pro (Review).

The phone supports HDR10+ video recording at 4K resolution which is something I will be testing in the full review. As for the battery, Motorola has managed to fit a 4,610mAh battery into the Edge 30 Ultra's slim body. The phone can be charged up to 125W using the bundled charger. There's also a 50W wireless charging and 10W reverse wireless charging.

The Motorola Edge 30 Ultra's competition currently includes smartphones such as the iQoo 9T 5G and the OnePlus 10T 5G (Review), both of which also use the same Qualcomm SoC. We also have slightly older devices from this year such as Xiaomi's 12 Pro (Review). The Edge 30 Ultra manages to hold its own thanks to some unique features that aren't available on other competing devices such as the 200-megapixel camera, a 144Hz OLED display, and an official IP rating.

At the Rs. 59,999 sticker price, Motorola appears to have given everything one could hope for in the Edge 30 Ultra, on paper anyway, but can all of these features deliver a better flagship experience? Stay tuned for my full review which will be out soon on Gadgets360. Motorola also launched its new premium mid-range smartphone, the Edge 30 Fusion, and you can read our first impressions of it right here.