A slightly tweaked version of the Realme C3 for Rs. 500 more 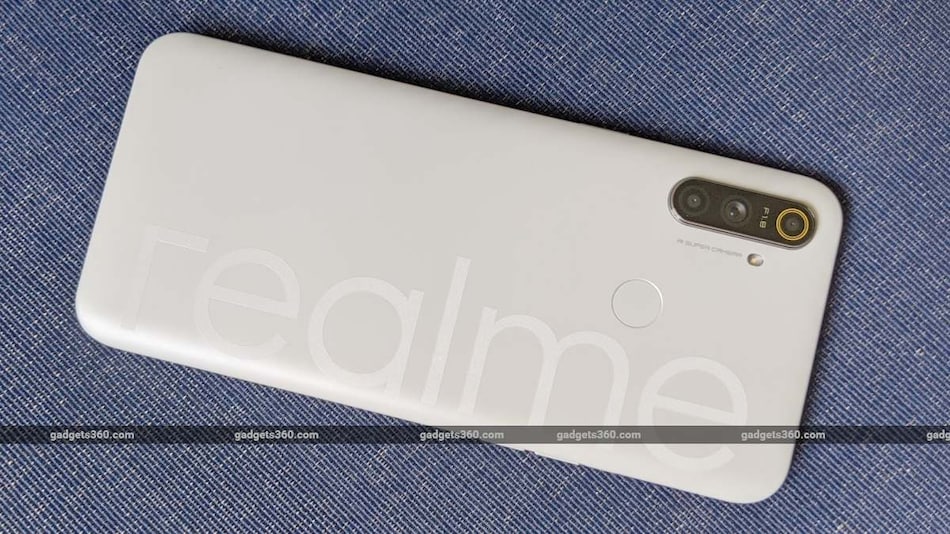 The Narzo 10A is the more affordable of two new models launched recently by Realme under the new Narzo sub-brand that targets young feature-conscious buyers on a budget. We were quite impressed with the new Realme Narzo 10 when we finally got the chance to review it, and now it's time for us to check out the more affordable but equally delayed Narzo 10A. Priced at just Rs. 8,499 in India, the Narzo 10A is essentially a souped-up version of the Realme C3 and is sold under that name in some other countries. Let's get a closer look.

Realme is downplaying the Narzo 10A's connection to the Realme C3 (Review) and is instead positioning it as a very affordable phone with premium features. Other than a change in design from the Realme C3, the Narzo 10A adds a macro camera at the rear and a fingerprint sensor. There's only one configuration with 3GB of RAM and 32GB of storage, which matches the base variant of the Realme C3.

It's surprising to see such little differentiation and the fact that the Narzo 10A is priced to slot right in between the two variants of the Realme C3 with only Rs. 500 between each of the phones. It would be tempting to spend just Rs. 500 more to get the C3 with 4GB of RAM and 64GB of storage, but then you lose the fingerprint sensor. This reinforces our opinion that the Realme C3 should have had a fingerprint sensor all along. It wouldn't have cost too much more, and the launch of the Narzo 10A might annoy people who bought the Realme C3 when it at launch.

The main selling points of the Narzo 10A are its three rear cameras, the MediaTek Helio G70 processor, a 5000mAh battery, and a bold new look for the rear panel. You can get this phone in two new colours: So White and So Blue. The body of the Narzo 10A is all plastic except for the unspecified version of Gorilla Glass on the front. Unlike the Realme C3 and previous low-cost models, there is no texture or gradient pattern across the rear.

Instead, Realme has gone with a gigantic logo on the rear of this phone, somewhat like what we've seen on the company's power banks. We're not sure that this is the kind of brand that people want to scream about, so it's an interesting choice. Thankfully, the text is a lot more subtle in real life than it appears in the company's advertisements and promotional photos, at least on our So White demo unit. The logo is slightly raised and has a texture, but we could barely make it out unless we deliberately tilted the device under the light.

The Narzo 10A looks much like the Narzo 10, Realme C3, and other Realme models

The Narzo 10A does not come with a case in the box but our unit did have a screen protector pre-applied. At 8.95mm thick and 195g in weight, its dimensions are identical to those of the C3 and it's (negligibly) thinner and lighter than the Narzo 10 (Review). If you laid all three devices (and a few other Realme models) side by side and face up, you wouldn't be able to tell them apart.

We're a little disappointed to see a Micro-USB port on the bottom, considering that USB Type-C is now well established across all price segments. On the bright side, the tray on the left has independent slots for two Nano-SIMs and a microSD card. Realme also says this model is “splash-resistant”.

The MediaTek Helio G70 impressed us when we reviewed the Realme C3, considering its price, but couldn't quite handle PUBG Mobile at its High quality preset, and we expect to see the same with the Narzo 10A. Battery life has been excellent with the C3 as well as the Narzo 10, and all three models have 5000mAh capacities so there shouldn't be any surprises there either. Similarly, you should be able to get a fair idea of how the Narzo 10A's standard and macro cameras will perform by looking at our reviews of these two models.

Nevertheless, we will have a full, independent review of the Realme Narzo 10A coming up soon, and we'll evaluate its performance, cameras, display, battery life, ergonomics, software, and usage experience on their own merits.

Realme introduced its Narzo sub-brand to make select low-cost models stand out, but buyers are likely to be confused and frustrated by how similar various models are. Should you buy the Narzo 10A or would either of the Realme C3 variants offer better value? We'll have the answer for you in our review, so stay tuned to Gadgets 360.