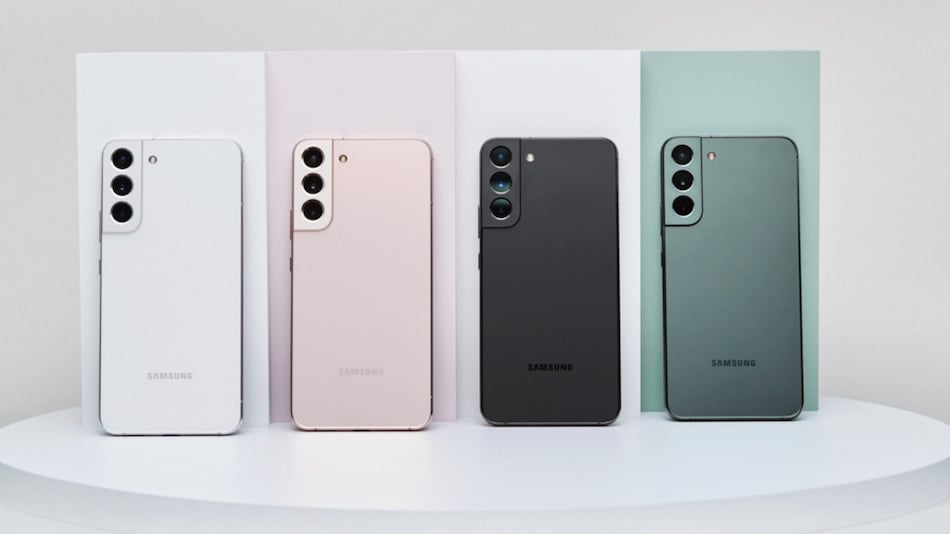 Samsung Galaxy S22 phones, Galaxy Tab S8 tablets, and other recent premium devices will now get four generations of Android OS upgrades, the South Korean company promised during its Galaxy Unpacked 2022 event on Wednesday. The announcement means that users of the latest Samsung phones and tablets will continue to receive new Android OS versions until early 2026. Samsung has become a distinctive Android manufacturer to offer one of the longest OS upgrade cycles in the market with its latest move.

“As part of our commitment to giving users the best possible mobile performance and experience, the entire Galaxy S22 series will be supported by up to four generations of Android OS upgrades,” the company said in a statement announcing its new flagship smartphone series. “Samsung will scale this effort across our product line-up to ensure you're fully supported across your Galaxy ecosystem.”

It is important to point out that Samsung noted in a footnote of its statement that the availability and timing of Android OS upgrades and features might vary by device model and market. This suggests that the exact count of OS upgrades would depend on a particular model and market. There could also be some feature restrictions on older models over time.

Nevertheless, Samsung's latest announcement means that you will continue to get Android OS upgrades until 2026 if you are buying the Galaxy S22 or one of last year's Galaxy flagships.

Last year, Samsung promised to provide four years of security updates on 43 Galaxy devices, including 31 phones and 12 tablets. The fresh announcement has expanded the company's commitment in giving regular updates.

Unlike Samsung, Google promises to offer three years of Android OS upgrades even on its Pixel 6 models. The search giant is, though, also committed to give five years of security updates on its latest Pixel phones.

Samsung has indeed taken an interesting step by expanding its software update policy for flagships. It may give another reason to buyers to pick the latest Galaxy S22 or Galaxy Tab S8 over the competition. But this doesn't mean that the company has the same position for all its devices.

Just earlier this week, it was spotted that the Samsung Galaxy A51 that was launched in January 2020 was placed to receive two security updates per year instead of four. Similar policy is in place for older mid-range devices.

Nonetheless, Samsung is so far better — and faster — in releasing updates for its phones when compared with other Android smartphone makers. The company also improved its update cycles in the recent past and was one of the first players to deliver the Android 12 update on its flagships. It faced hiccups in the early stage of the rollout, though.

That said, Samsung still lags behind in OS upgrades when compared with Apple as the Cupertino-based manufacturer is giving iOS updates even to models that are over six years old now. iPhone 6s and iPhone 6s Plus, which were introduced back in 2015, as well as the original iPhone SE from 2016 are amongst the eligible devices for iOS 15. Older models, though, lack some features that are given on newer iPhone versions.