Pixel 7, 7 Pro Review: Are These the Best Android Phones You Can Buy Today?

On this week’s Orbital podcast, we discuss the Google Pixel 7 and Pixel 7 Pro, the company’s first flagship phones in India in four years. 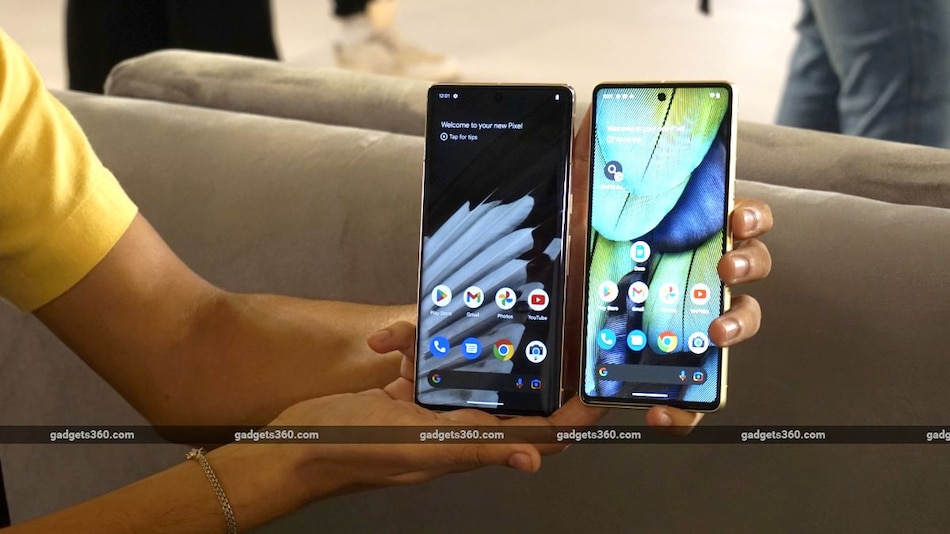 Google Pixel 7 and Pixel 7 Pro were launched in India as the company's first flagship smartphones to make their debut in the country in nearly four years. While these phones are the successors to the Google Pixel 6 and the Pixel 6 Pro, these are the first "high end” smartphones from Google to debut since the Pixel 3 and Pixel 3XL, and are equipped with the company's latest Tensor G2 processor, Android 13, and camera software chops. This year, Google surprised everyone by announcing not only the debut of these handsets in India, but also competitive introductory pricing in the country.

In terms of design, Sheldon says this year's Google Pixel 7 and Pixel 7 Pro don't feature a radical new design compared to the Pixel 6 series. He compares the phone to the Samsung Galaxy S22, saying that the bezels on the latter are razor thin and the phone comes with smaller form factor. Performance is good, and the touch sampling rate was satisfactory for gaming, he says. The display offers a 90Hz refresh rate, which is quite good, according to him.

Both the Pixel 7 and the Pixel Pro are powered by Google's second-generation Tensor G2 SoC under the hood, and Sheldon says that the phone is capable of handling most tasks. It's not as powerful as the Snapdragon 8+ Gen 1, but it can hold its own against Qualcomm's Snapdragon 8 series chips, he says. They do heat up a bit when you use the camera, with all the processing in the background, but it's not enough to shut down the app.

Battery life on the Pixel 7 is decent, according to Sheldon, but the 20W charging is quite slow compared to the competition, by today's standards. You don't get a charger in the box, and the phone takes an hour and 40 minutes to charge. There are phones today with 120W charging today at Rs. 30,000, and the new average is 50 or 60W for smartphone charging, as Roydon points out.

On the software front, Google has added all its smarts to the operating system, such as the Recorder app with transcription, or the company's camera optimisations. For those looking for all these Google-specific features, previous Pixel handsets may receive them as part of Pixel Drop updates, but some might remain exclusive to the Pixel 7 and Pixel 7 Pro.

Google Pixel 7 and Pixel 7 Pro First Impressions: Worth the Wait?

So far, software updates have improved the experience on the Pixel 7 series, according to Sheldon. Roydon says this is good news, because the Pixel 6 and Pixel 6 Pro progressively got worse with software updates, some of them breaking software features. Like all of Google's phones you get day-one updates to the latest version of Android, which means the Pixel 6 and Pixel 6 Pro are already running on Android 13, just like their newer siblings that shipped with the latest version of Android out-of-the-box.

Priced at Rs. 84,999 in India, the Google Pixel 7 Pro is available in a single 8GB + 128GB RAM and storage configuration. You get an additional telephoto camera lens, and the ultra-wide angle camera doubles as a macro camera. The telephoto camera offers a 5x optical zoom, that goes up to 30x digital zoom. Sheldon compared it to the S22 Ultra, which is a much more expensive phone at Rs. 1,08,990, testing out the camera capabilities against the latter for his review.

According to Sheldon, the Samsung Galaxy S22 Ultra does a good job once you cross the 10x zoom level. However, the Pixel 7 Pro really holds its own up to 10x zoom and manages to deliver good quality photos, he says. He was pleasantly surprised at the quality of the zoom capability, even in low light. He was able to capture minute details of an antenna at the top of a building at 10x zoom, performance that we've come to expect from the Galaxy S22 Ultra.

Another feature that is handy is Google's long exposure feature, which can help you click photos that would otherwise require a DSLR camera and a tripod. You can easily take images of traffic or water bodies, with pleasing effects, he says. The Guided Access feature could also be very handy for visually impaired users, he says.

You can listen to all of that in detail and more in our episode by hitting the play button on the Spotify player embedded above. Don't forget to read our review of the Pixel 7 and Pixel 7 Pro on Gadgets 360.

Are you new to our site? Don't forget to find the Gadgets 360 podcast Orbital on your favourite platform — be it Amazon Music, Apple Podcasts, Google Podcasts, Gaana, JioSaavn, Spotify, or wherever you listen to your podcasts.