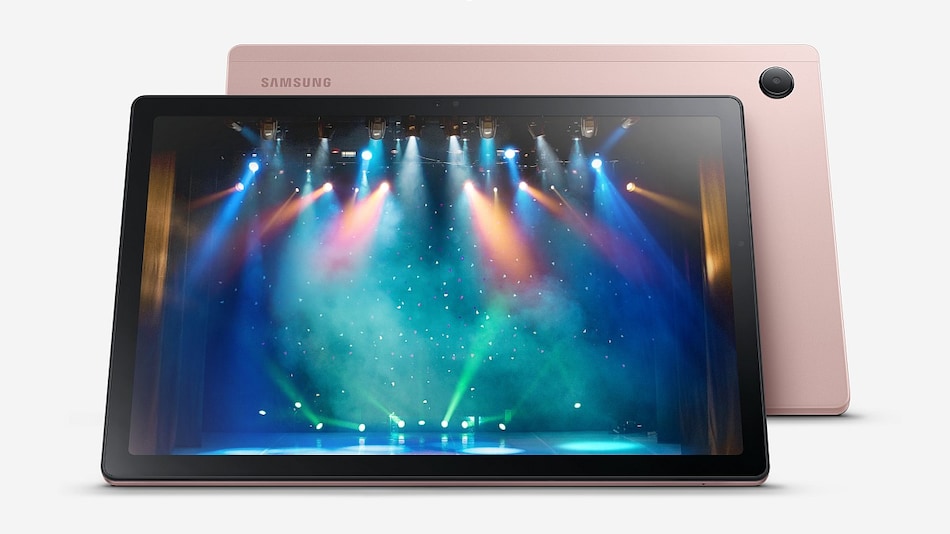 Samsung Galaxy Tab A8 was unveiled in India last week and is now available for purchase, starting today. The new Galaxy tablets sports a 10.5-inch WUXGA display and will be offered in Wi-Fi and Wi-Fi + LTE variants. Samsung Galaxy Tab A8 is powered by an unnamed octa-core processor paired with up to 4GB of RAM. It packs a massive 7,040mAh battery with support for 15W fast charging. The Galaxy tablet's quad speaker setup gets support for Dolby Atmos audio.

The new Samsung tablet can be purchased on the official website, Amazon, Reliance Digital, and leading online and offline retailers. Samsung is offering the tablet with no-cost EMIs starting at Rs. 1,777.66 along with a Rs. 2,000 cashback for ICICI Bank cards. Customers will also get the book cover worth Rs. 4,499 for Rs. 999 along with the purchase of Samsung Galaxy Tab A8.

Samsung Galaxy Tab A8 runs Android 11 and sports a 10.5-inch WUXGA (1,920x1,200 pixels) TFT display with a 16:10 aspect ratio, 80 percent screen-to-body ratio, and slim bezels on all sides. Powering the tablet is an unnamed 2GHz octa-core processor mated to up to 4GB of RAM and up to 64GB of onboard storage.

In terms of optics, Samsung Galaxy Tab A8 features a single rear camera with an 8-megapixel sensor and a 5-megapixel selfie sensor at the front. It features a quad speaker setup with support for Dolby Atmos audio. Connectivity options include 4G LTE, Wi-Fi 5, Bluetooth v5, USB Type-C port, and a 3.5mm headphone jack. Onboard sensors include an accelerometer, compass, gyroscope, light, hall sensor, GPS, GLONASS, Beidou, and Galileo.