Spotify Needs to Profit From a Music Revolution

Spotify Co-Founder Daniel Ek’s vision is to create a platform for all things audio, from music to podcasts to audiobooks. 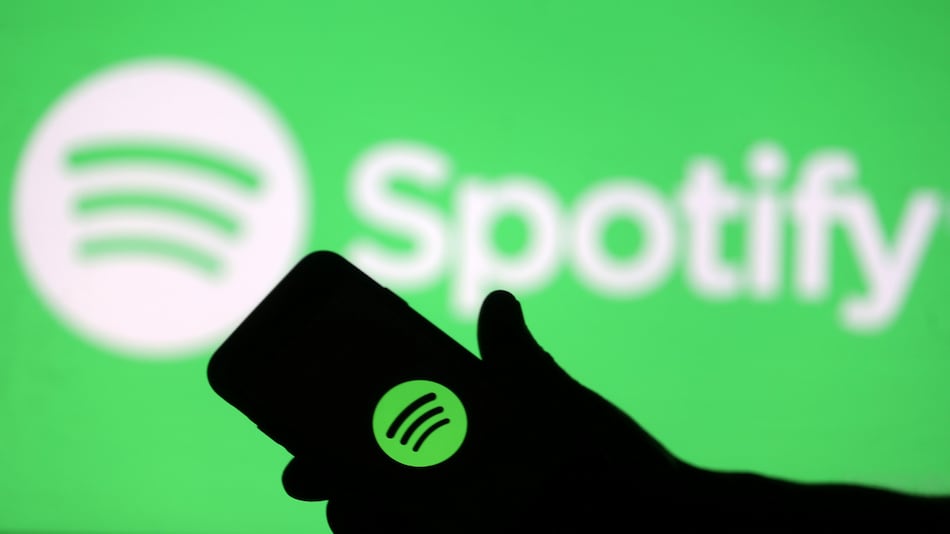 Music matters to the wider economy. It was one of the first industries to be disrupted by the internet, and the first to repackage itself as all-you-can-eat rather than all-you-can-steal. The status quo has been the norm for a while: Napster was wound down two decades ago, its nemesis Metallica embraced streaming platforms more than a decade ago, and Spotify Technology SA's subscription prices have stayed around $9.99 (roughly Rs. 800) for years.

It's time to think about the potential for radical change. For one thing, if this is the endgame for music, it would be a sad state of affairs. The streaming economy is crushingly unequal. It's great for consumers and for labels and rights holders that have identified ways to live off royalties, as well as the most-listened to artists such as Taylor Swift and Ed Sheeran. It's been less good for musicians lower down the ladder.

Nor has it been good for shareholders of Spotify or similar standalone music-streaming platforms like Deezer SA, with tough competition in a saturated market threatening their pitch as high-growth tech plays. Platforms also have limited negotiating power with record labels and rights holders who are keen to maximize the value of their hit songs and star artists. Spotify has never turned an annual profit; it seems to be in “perennial start-up mode,” as music royalties expert Phil Bird recently put it.

With inflation and economic slowdown eating into growth — MIDiA Research analyst Mark Mulligan estimates 2022 global streaming revenue may have risen by just 7 percent — and with profits at Spotify likely to be elusive for a few more years yet as it funnels more money into podcasts and audio books, what are the options to get out of start-up mode?

One is to hike prices, as Apple recently did. Music is very good value – paying $10 (roughly Rs. 800) a month works out to a few cents per hour. Former Spotify economist Will Page noted in 2021 that the price of a glass of Malbec wine had doubled since 2009 despite offering no significant improvements for consumers, while songs cost the same despite an explosion in the depth of music libraries, personalization and algorithmic curation.

Higher prices would certainly enlarge the overall economic pie. It might even create some incentives to change the unequal way subscription fees flow into an overall pot that favors the biggest artists regardless of what individual subscribers choose to play.

But the halving of Spotify's stock price last year indicates that this move is fraught with risk. Nobody can predict what price hikes will do to demand in a fragile economy. We're close to saturation, with platforms only able to add subscribers by stealing from others. Spotify is up against big tech firms that view music as a loss leader, bundled in with other services.

Spotify seems to be pursuing an alternative course, disrupting its own core product by folding into a new kind of tech offering pitched as the “Spotify machine” to investors. Co-founder Daniel Ek's vision is to create a platform for all things audio, from music to podcasts to audiobooks. More products would lock in more users at a higher subscription price, along with increased advertising revenue and more sophisticated algorithms and payment mechanisms to bind it all together. The plan has some eyebrow-raising targets, including a $100 billion (roughly Rs. 8,13,780 crore) annual revenue figure in the coming decade that would put it in the same league as Citigroup or WalMart.

Yet here again, the risks are high. The story of different audio streams converging and fattening profit margins is taking a long time to come to fruition; Jefferies analysts expect Spotify's gross margins to be below 2021 levels until 2024. The podcasting bubble has also deflated, with no guarantee that Spotify's move into the spoken word will be profitable this year. Audiobooks look like yet another long-term journey. The idea that these investments won't eat into appetite for music is also debatable: The potential for surprises when one platform hosts both Neil Young and Joe Rogan has become obvious.

There's something even bigger potentially on the way: Artificial intelligence. ChatGPT and tools like it are already being treated in the way Napster was treated by Metallica, with lawsuits and boycotts. It's only a matter of time before AI-generated music starts to invade music platforms — you can already listen to music aided by AI on Spotify — and the rise of auto-tuned vocals and drum loops in pop music have made humans easier for machines to imitate.

Of all the changes on the horizon, AI could derail all sorts of long-term plans. Record labels already accuse Spotify and others of filling their platforms with flotsam and jetsam, diluting the market share of star artists (and by extension their negotiating power) by accepting all kinds of independently distributed music. AI-generated music, especially if it didn't require payouts to artists or labels, would upend the industry.

This probably wasn't what the architects of the post-Napster revolution had in mind. It means governments and regulators will have to keep a close eye on what happens to the music industry; given one in three music jobs was lost during the pandemic in the UK, another wave of disruption would hurt. As Spotify kicks its machine into high gear, and as techies turn their hand to literal Metal Machine Music, things will get noisy.

How does the Redmi 12 Pro+ fare against its competitor, the Realme 10 Pro+ 5G? Is it a worthy successor to the Redmi Note 11 Pro+ 5G? We discuss this and more on Orbital, the Gadgets 360 podcast. Orbital is available on Spotify, Gaana, JioSaavn, Google Podcasts, Apple Podcasts, Amazon Music and wherever you get your podcasts.
Affiliate links may be automatically generated - see our ethics statement for details.
Comments

Featured video of the day
Infinix Zero 5G 2023 Turbo: The New Flagship in the Market