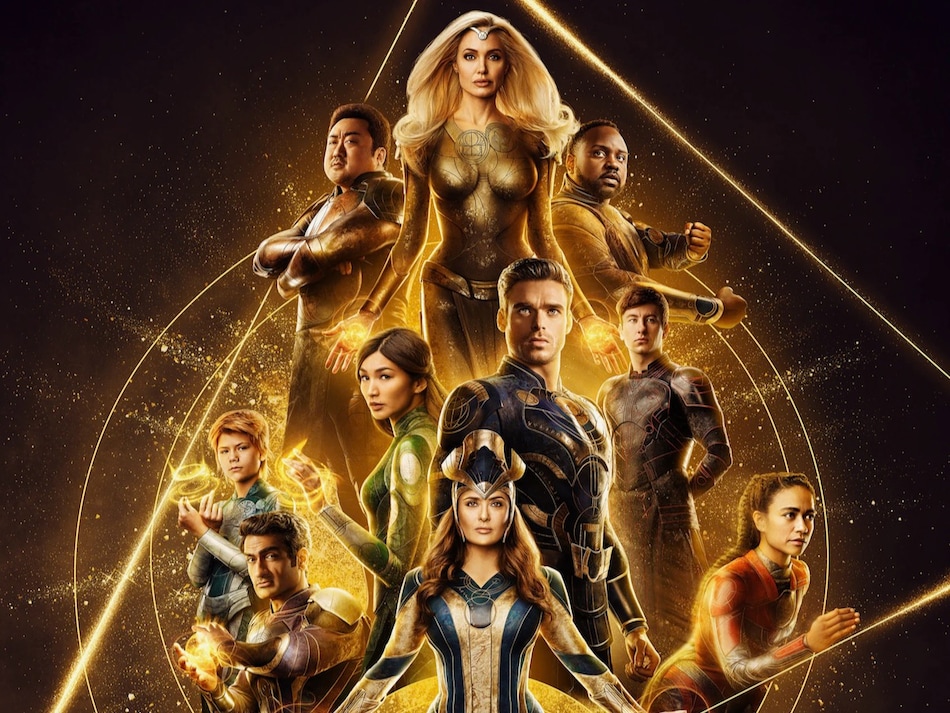 Eternals will release Wednesday, January 12, 2022 on Disney+ and Disney+ Hotstar, Marvel Studios announced late on Friday. The newest Marvel movie — soon to be superseded by Spider-Man: No Way Home, releasing December 16 in India — will arrive 69 days after its global theatrical premiere on November 5 in India, the US, and elsewhere. That's two less than the 71-day window Disney determined for the previous Marvel movie, Shang-Chi and the Legend of the Ten Rings. And just as it released in cinemas, Eternals will be available in English, Hindi, Tamil, Telugu, Kannada, and Malayalam on Disney+ Hotstar in India.

Like with IMAX screens, IMAX Enhanced on Disney+ offers a 1.90:1 aspect ratio — that is 26 percent more picture for select sequences. (Disney+ is the first major streaming service to offer IMAX Enhanced. Previously, Sony had implemented IMAX Enhanced in Bravia Core for a select range of its 4K Bravia TVs.) IMAX Enhanced is not officially advertised/ available on Disney+ Hotstar, though some users have reported being able to access it with Shang-Chi and the Legend of the Ten Rings.

Co-written and directed by Oscar winner Chloé Zhao, Eternals is about the titular immortal beings who have been living secretly on Earth for over 7,000 years. After their evil counterparts the Deviants re-emerge, the Eternals must reunite to save the planet. The Eternals cast is made up of Gemma Chan as Sersi who can manipulate inanimate matter, Richard Madden as Ikaris who can fly and shoot beams out of his eyes, Kumail Nanjiani as Kingo who can shoot energy projectiles from his hands, and Lia McHugh as Sprite who can project life-like illusions.

There's also Brian Tyree Henry as the intelligent inventor and the Marvel Cinematic Universe's first gay superhero Phastos, Lauren Ridloff as the super-speedy and the MCU's first deaf superhero Makkari, Barry Keoghan as Druig who can manipulate minds, Don Lee as the strongest Eternal Gilgamesh, Harish Patel as Kingo's valet Karun, Kit Harington as Sersi's boyfriend Dane Whitman, Salma Hayek as the leader Ajak who can heal, and Angelina Jolie as Thena who can fashion any weapon out of cosmic energy.

Eternals is out January 12, 2022 on Disney+ and Disney+ Hotstar. In India, the Marvel movie will be available in English, Hindi, Tamil, Telugu, Kannada, and Malayalam.