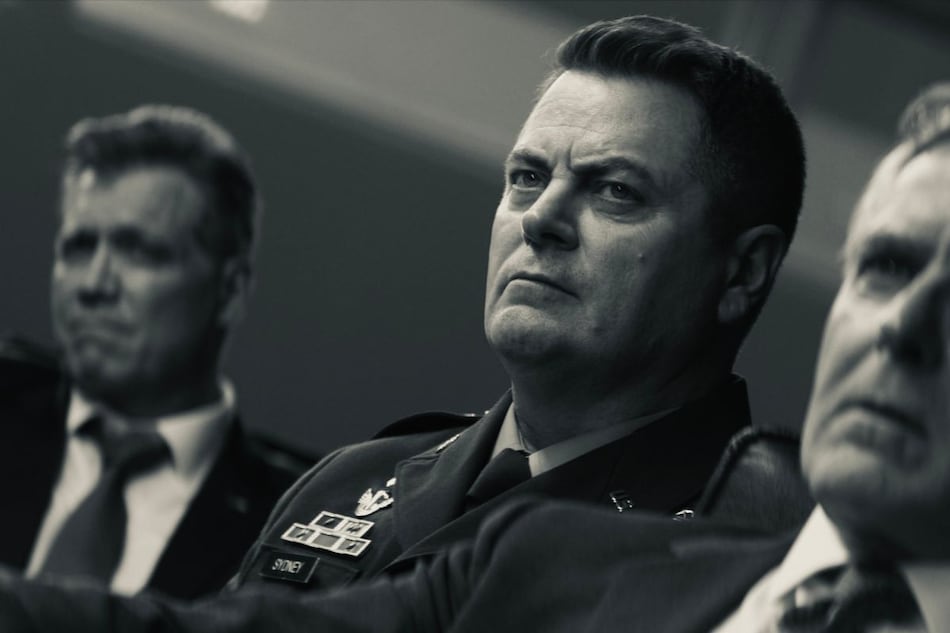 Mission: Impossible – Dead Reckoning Part Two has added Nick Offerman to its cast. The news comes from director Christopher McQuarrie on Twitter, also confirming Janet McTeer's presence in the upcoming action espionage film. Part 2 of Dead Reckoning is billed as the eighth and final title in the franchise, with the plot kept under wraps. Both Mission: Impossible – Dead Reckoning movies got delayed multiple times due to the COVID-19 pandemic, with Part One now set for July 14, 2023, and Part Two currently slated for June 28, 2024.

As part of the announcement, filmmaker McQuarrie posted two pictures from the upcoming Mission: Impossible – Dead Reckoning Part Two. Offerman (Parks and Recreation) is seen dressed in a service uniform, adorned with prestigious medals while sporting a crew haircut. Right next to him is Mindhunter's Holt McCallany, who joined the ensemble cast just last week. McCallany was confirmed to be playing Secretary of Defense Bernstein, who will likely work with Offerman's character to prevent Ethan Hunt (Tom Cruise) and his crew from completing their mission.

McTeer (Ozark), however, is dressed in a suit with an American flag pinned to her chest. Details are being kept under wraps, so there is no telling whose side she is on. McQuarrie also tagged the ‘Light the Fuse' podcast, which is dedicated to discussions about the Mission Impossible franchise and set pieces. The account responded by promising a new episode this Wednesday, featuring an interview with McQuarrie and Offerman. As for the podcast length, Light the Fuse claims that it will be longer than the Mission: Impossible – Fallout runtime.

Back in May, Paramount Pictures released the official trailer for Mission: Impossible – Dead Reckoning Part One. The Dead Reckoning trailer hinted at the return of Henry Czerny, who played IMF director Eugene Kittridge in the original 1996 film. Fans can expect a slew of insane globe-trotting action sequences, including one where Hunt rides a motorcycle off a cliff and skydives into the abyss.