Netflix is replacing the one-month free trial that went away. 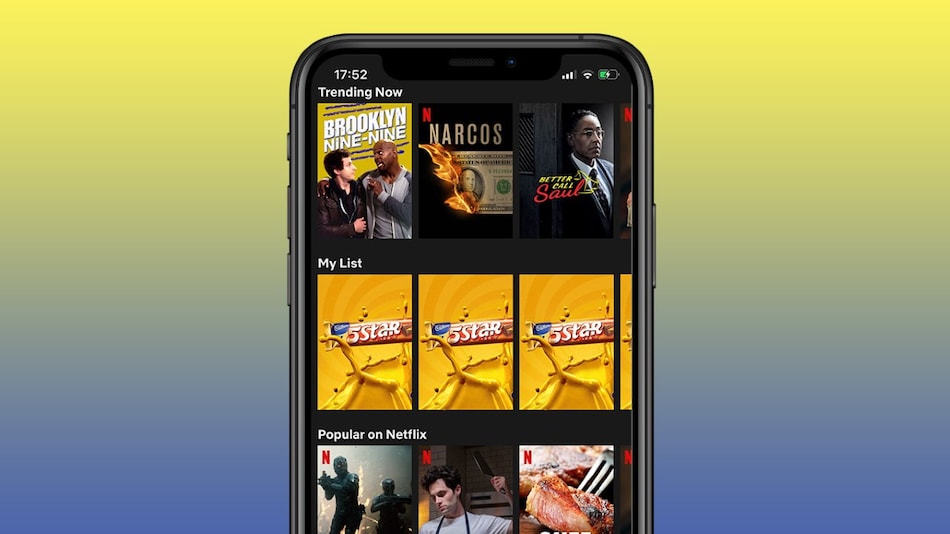 Would you like a month of Netflix for the price of a Cadbury 5-Star? Well, that depends on how lucky you are. Netflix is running a new promo discount in India that offers the first month at just Rs. 5 — with some caveats, naturally. The offer is only available to select new members who are joining the streaming service, which means not all new users will see it — hence, the whole luck argument — while existing Netflix account holders won't see it at all. Moreover, it's restricted to those who sign up on computers and Android phones. For what it's worth though, it's applicable to whichever Netflix plan you choose, be it the Rs. 199 “mobile”, Rs. 499 “basic”, Rs. 649 “standard”, or Rs. 799 “premium”.

In a statement to Gadgets 360, a Netflix spokesperson said: “This is a new marketing promotion designed to help more people discover Netflix. Depending on its success, we may roll it out more widely.” The new a-month-of-Netflix-for-five-rupees offer essentially replaces the one-month free trial — it was phased out in India in December — given the extremely low cost. And though Netflix says that it might be expanded in the future, it's worth noting it's not a “price test”. That separates it from the way the streaming service tested the Rs. 199 mobile-only plan before rolling it out in July last year, or the heavily discounted long-term plans that weren't ultimately rolled out.

If you're lucky enough to get the first month of Netflix for Rs. 5, do keep in mind that you'll be charged the full amount of the plan you select from the second month onwards.