Pixel 6 Pro is said to have triple rear cameras with a 50-megapixel main camera. 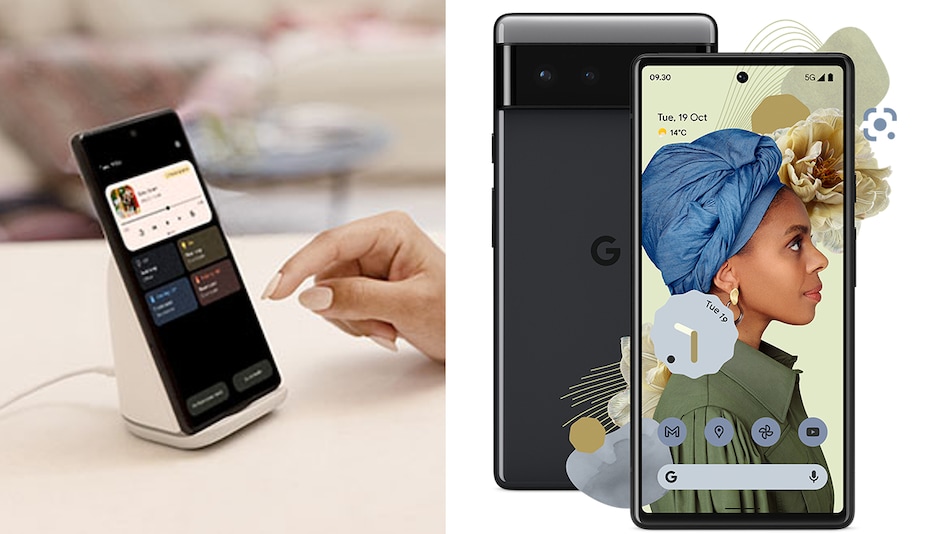 Google Pixel 6 series is all set to launch on October 19, and ahead of the event, the phones have leaked in new renders. Marketing images of the series also leaked along with possible fabric case options. The second-generation Pixel Stand wireless charger has also leaked in images hinting at a new design and UI changes. The Pixel 6 is seen to sport a dual-layered design with a unique camera strip at the back that has already been confirmed by Google. The renders suggest the phone will come in black and white dual-tone finishes.

Tipster Evan Blass has leaked the Pixel 6 in fabric cases that have a soft squishy exterior and a hard plastic interior. These cases engrave the Google logo and offer protection to the rear camera bump as well. The tipster has also leaked the second-generation Pixel stand that is much larger than its predecessor with a curved rear frame and a non-circular base. The new Pixel Stand appears to incorporate a fan system to help dissipate heat better. Previous leaks suggest that the Google Pixel Stand 2 wireless charger could support more than 10W output.

The new Pixel Stand UI shows the date and time in the top corner, media controls, and smart home device controls show up in a grid, with shortcuts for performance mode and quite mode displayed at the bottom.

The renders leaked by Evan Blass show the front and back portions of the Google Pixel 6. It is seen to come in black and white dual-tone finishes and feature a hole-punch display with a centred cutout. Other leaked material shows the wallpapers coming with the new Pixel 6, some UI changes, different modes like Quiet mode and Performance mode, and camera specifications. The tipster's image leak shows the Pixel 6 range — likely the Pixel 6 Pro model — may feature a triple rear camera setup with a 50-megapixel wide lens, 48-megapixel telephoto lens, and a 12-megapixel ultra-wide lens. The marketing images also leak the new Live Space widget with a flight card and also suggest that a new Pixel Security app may be bundled with the new Pixel phones.

Previous leaks suggest the Pixel 6 may have a dual rear camera setup with a 50-megapixel primary sensor and a 12-megapixel secondary sensor as well as an 8-megapixel selfie camera sensor at the front. It is also said to have a 4,620mAh battery and include a fingerprint sensor that could be embedded inside the display. Pixel 6 price is tipped to be set at EUR 649 (roughly Rs. 56,100) for the 8GB RAM + 128GB storage variant.