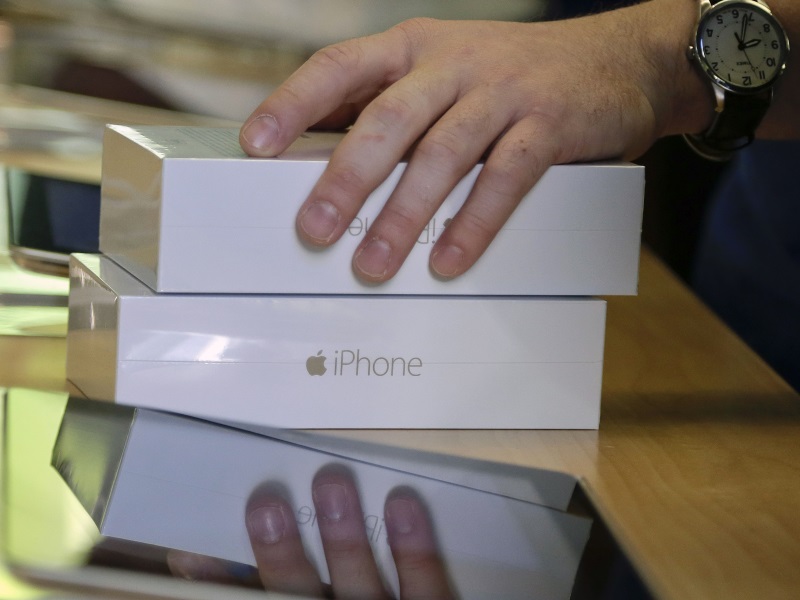 Highlights
Apple violated the design patents of a Chinese device maker and may have to halt sales of its latest iPhones in Beijing, the city's intellectual property authority ruled, handing the US company its latest setback in a pivotal market.

The iPhone 6 and iPhone 6 Plus infringe on Shenzhen Baili's patent rights because of similarities to its 100C phone, the Beijing Intellectual Property Office wrote in its decision. Apple, whose iconic gadgets helped define the modern smartphone industry, didn't respond to requests for comment. The company can appeal the ruling and could be allowed to continue selling its phones during the process.

While the decision covers only Beijing, future lawsuits against Apple could take the case as a precedent, potentially influencing the outcomes of litigation elsewhere in China. Baili is one of scores of smartphone brands trying to cash in on the country's mobile boom. Xu Guoxiang, inventor of the patent and listed as a Baili representative on yellow-pages site czvv.com, did not answer calls seeking comment.

Apple, which is expected to introduce its next-generation iPhone in the fall, can try to stave off a sales ban by appealing in several venues, including the Beijing Higher People's Court and the Supreme People's Court, Bird and Bird partner and IP specialist Ted Chwu said.

"If the position by the Beijing IP office is upheld and Apple doesn't appeal further, then in theory they wouldn't be able to sell the iPhone 6 and iPhone 6 Plus (Review)," he said.

The ruling by the agency which administers matters involving patents in Beijing is the latest in a series of setbacks for Apple in its largest market after the US. Its book and movie services were blocked in April for violating foreign publishing regulations. In 2013, state media accused the company of shoddy customer service and inadequate warranties, prompting an apology from Chief Executive Officer Tim Cook.

Last month, it lost its fight to keep the "iPhone" exclusive to its products after a Beijing court ruled that a little-known accessories maker can use the label for a range of wallets and purses. And in 2012, Apple paid $60 million to Proview International Holdings Ltd. to settle a dispute over the right to the iPad name in China.

Apple has relied on the world's second largest economy to sustain its pace of growth, though it has begun to experience a slowdown. For the three months ended March 26, revenue in Greater China, which includes Hong Kong and Taiwan, fell 26 percent to $12.5 billion. Cook has pledged to continue investing despite an economic deceleration.