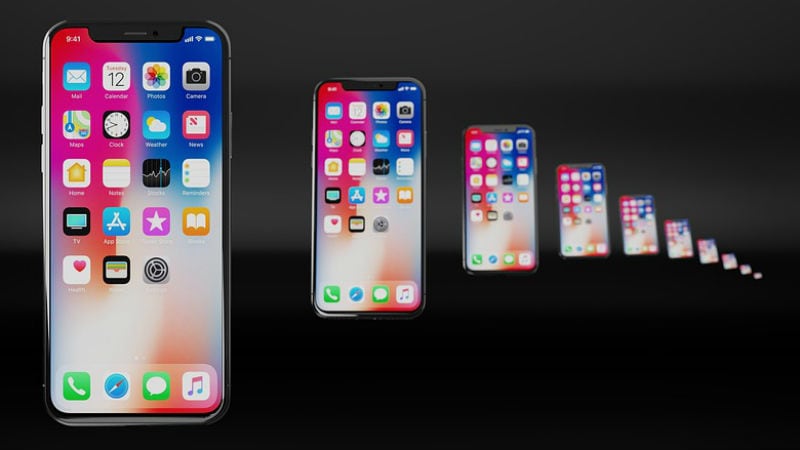 Three new Apple iPhone models are expected to be launched this year in September, and noted analyst Ming-Chi Kuo (now with TF International Securities) has already been providing details on what to expect this fall. The models of 2018 have been predicted to be fueled by bigger batteries this time, come with USB-C fast charging accessories, and the key highlight of all, support dual-SIM functionality. Now, according to a fresh note from Kuo, we have an indicative pricing for the cheapest model of the trio. get more details on the features of the 2018 models, and a reiteration of their new aggressive pricing policy as well. Additionally, Kuo has also repeated some details that he had already claimed about a few other Apple products

Previous reports had claimed that Apple is set to unveil two new models with OLED displays, and a cheaper one with an LCD panel at its iPhone event later this year. The lower-end LCD iPhone, purportedly the iPhone 9, will sport a stronger iPhone X style display glass with the CGS (Cover Glass Sensor) technology. As per a 9to5Mac report, Kuo has reinforced his belief that the 6.1-inch iPhone will feature an LCD display and come with an iPhone X-like design, with the 'notch'. As a result, Kuo says, mass production is more difficult and will kick off later in 2018. However, he says that the models will be ready ahead of their release. To recall, in 2017 the LCD iPhone 8 and iPhone 8 Plus shipped in September, but the iPhone X with OLED display arrived in November.

Kuo has suggested some of the pricing strategies of Apple, at least with the iPhone LCD display variant. The upcoming handset with a fullscreen design will retail for $600-700 (roughly Rs. 41,200-48,100), Kuo predicts. He says that while the price is close to the iPhone 8, the features in the iPhone will be similar to the $1000 iPhone X. In a previous report, Kuo had predicted a starting price of $700-800 (roughly Rs. 48,000-55,000). The lower price point is said to be a result of replacing OLED panels with LCD ones, dropping 3D Touch features, and featuring a single camera at the back.

As per the analyst, Apple will keep making iPhone models with LCD displays, meaning we can see the upgraded version in 2019. Kuo says that 2019 iPhone variants will have "marked innovation based on past experience."

Coming to the other products that are expected to arrive this year, Kuo pointed out devices that have been talked about earlier, such as the rumoured cheaper MacBook Air, iPad Pro models with Face ID, and Apple Watch 4 with a larger display.

Finally, Ming-Chi Kuo also addressed some other issues including the possibility and impact of a trade war between the US and China. He believes that Apple may not get affected directly, but the brand may face some harm in China over anti-US sentiment.