OnePlus 8 Series Price in India Announced, Significantly Cheaper Than the US

OnePlus 8 and OnePlus 8 Pro price in India has been revealed. The company has also launched a new OnePlus storage variant for India, exclusively. 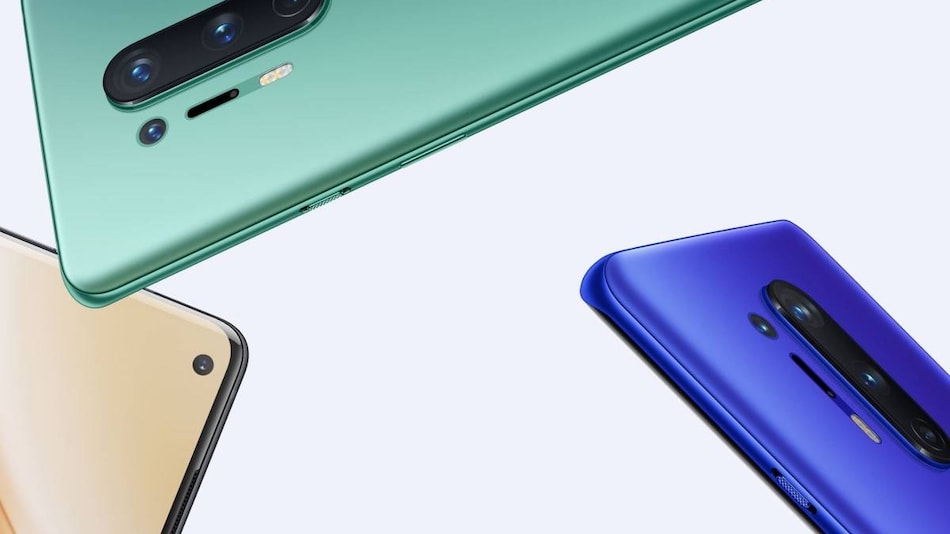 OnePlus 8 Pro price in India has been revealed, alongside the prices for the OnePlus 8 and OnePlus Bullets Wireless Z headphones. OnePlus on Sunday announced the pricing for all of its new products, just days after their introduction. The exact sale dates for each of the products is still unclear and OnePlus has just said that these will go on sale next month. The OnePlus 8 series prices in India are much lower than the prices of the two smartphones in the US. What's also worth noting is that the company has launched a brand new variant of the OnePlus 8 in India - the 6GB + 128GB - that hasn't been unveiled globally.  Read on for more details on OnePlus 8 series price in India and sale details.

The dual-SIM (Nano) OnePlus 8 Pro runs Android 10 with OxygenOS on top. It features a 6.78-inch QHD+ (1,440x3,168 pixels) Fluid AMOLED display with a 120Hz refresh rate, is powered by an octa-core Qualcomm Snapdragon 865 SoC, coupled with 6GB, 8GB and 12GB of LPDDR5 RAM. It comes with a quad rear camera setup comprising a 48-megapixel primary Sony IMX689 sensor, an 8-megapixel secondary sensor with a telephoto lens, a 48-megapixel tertiary sensor with a wide-angle lens, and a 5-megapixel “Color Filter” camera sensor. As a front camera, the OnePlus 8 Pro sports a 16-megapixel Sony IMX471 sensor.

The OnePlus Bullets Wireless Z price in India is Rs. 1,999. In the US, they were priced at $49.95 (roughly Rs. 3,800). They feature a IP55 rating for sweat and water resistance. They also have a 9.2mm dynamic driver apart from super bass tone. There is a Low Latency Mode on the wireless headphones, where latency is reduced to 110ms. They weigh 28 grams, and are said to have an improved wireless range of 10 metres. In terms of connectivity, they feature Bluetooth v5.0 and charge using a USB Type-C port. Three silicon earbuds come in the pack.

Is OnePlus 8 still really a 'flagship killer'? We discussed this on Orbital, our weekly technology podcast, which you can subscribe to via Apple Podcasts or RSS, download the episode, or just hit the play button below.