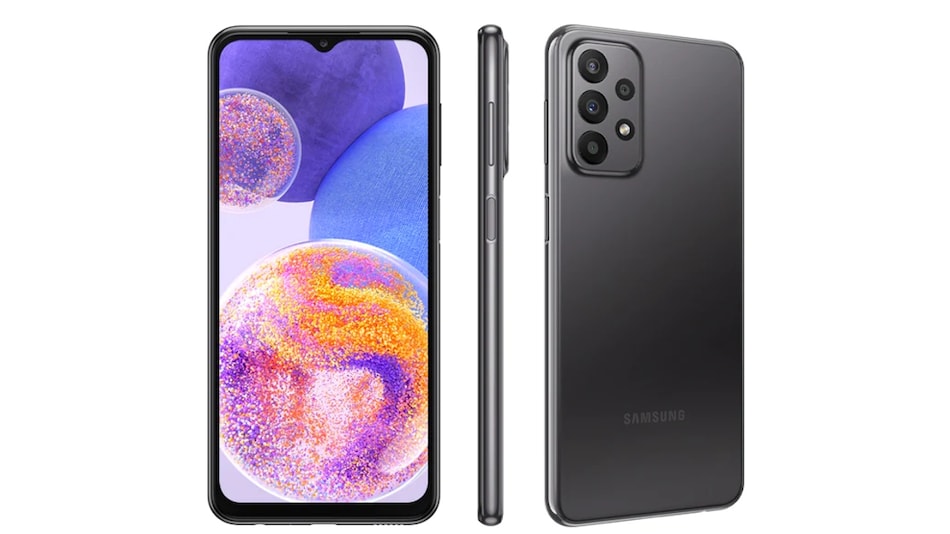 Samsung Galaxy A23 4G was unveiled in India in March

Samsung Galaxy A23 with octa-core processor and 5,000mAh battery was unveiled in India in March this year. Now, the 5G variant of the handset is reportedly making its way to the market soon. Samsung is yet to confirm the launch of the Galaxy A23 5G, but ahead of it, the phone has been spotted on the Bluetooth Special Interest Group (SIG) certification website. Samsung Galaxy A23 5G has been recently spotted on multiple other certification platforms including the Geekbench website. It is expected to be powered by the Snapdragon 695 SoC.

The Bluetooth SIG website has listed the Samsung Galaxy A23 5G in different variants with model numbers — SM-A236M, SM-A236B, and SM-A236E. As per multiple certification website listings that surfaced online earlier, this model number is said to be associated with the Galaxy A23 5G. The listing carries July 19 as the publishing date and shows that the handset will have Bluetooth v5.1 connectivity. The Bluetooth SIG listing also suggests that the phones will have dual-SIM slots.

The Bluetooth SIG listing for Samsung Galaxy A23 5G was first spotted by tipster Mukul Sharma on Twitter.

Samsung has not yet confirmed the development of the 5G variant of the Samsung Galaxy A23, but previous reports have suggested possible specifications of the smartphone. It is tipped to feature a quad rear camera unit including a 50-megapixel primary sensor, an 8-megapixel ultra-wide-angle sensor, and two 2-megapixel macro and depth sensors. For selfies, it is said to carry a 13-megapixel sensor. Samsung is expected to provide a 5,000mAh battery on the handset. As per the Geekbench listing, the Galaxy A23 5G will be powered by the Snapdragon 695 SoC, coupled with Adreno 619 GPU and 4GB of RAM. It could run Android 12 out-of-the-box.

The Samsung Galaxy A23 is powered by an unspecified octa-core processor paired with up to 8GB of RAM. The smartphone sports a 6.6-inch full-HD+ LCD display and has quad rear cameras. Up to 128GB of inbuilt storage and a 5,000mAh battery are the other key highlights of the phone.