Realme Narzo 50A Review: Big on Battery Life, but Is That Enough?

Realme’s Narzo 50A offers a big battery and decent cameras, but falls short on the rest. 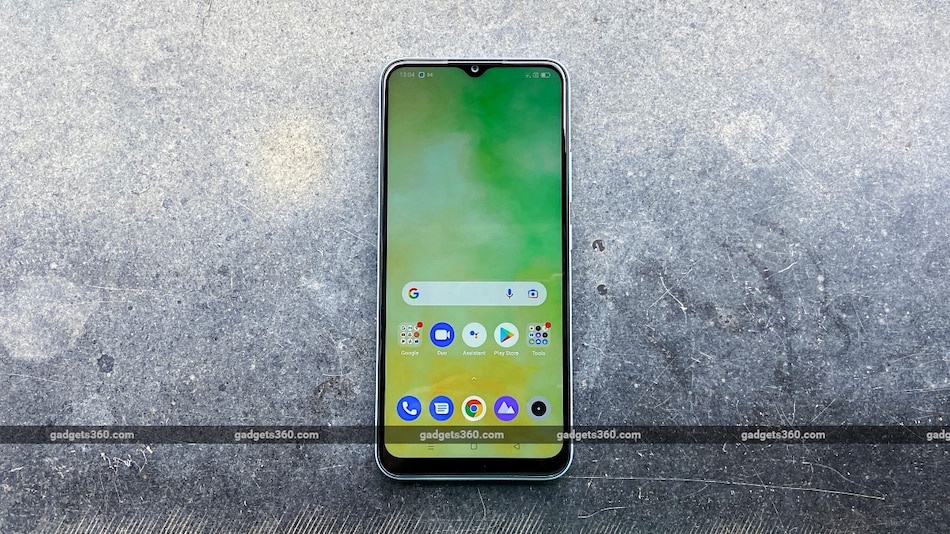 Launched in February this year, Realme's Narzo 30A still offers good value for money (at Rs. 9,999 for the 4GB RAM and 64GB storage variant). It combines practical design with decent daylight camera performance, and offers good battery life. Still, a lot has changed since then, and other brands have managed to deliver even better value. For example, the Infinix Hot 11S has a 90Hz refresh rate display, stereo speakers, and good specifications for Rs. 10,999.

The Realme Narzo 50A is not the successor to the Narzo 30A (Review), but a different model altogether that fits comfortably between the Narzo 20 (from Rs. 10,499) and the more expensive Narzo 30 5G (Review) (from Rs. 14,999). After using the Realme Narzo 50A for a week, it's clear that it offers excellent battery life. However, compare it with similarly priced smartphones such as the Infinix Hot 11S and the Redmi 10 Prime (Review), and it doesn't come across as a clear winner. Is it still good enough for those looking for a basic budget smartphone with good battery life?

Realme Narzo 50A price in India

The Realme Narzo 50A is available in two finishes: Oxygen Blue and Oxygen Green. There are two variants to choose from. The 4GB RAM, 64GB storage option is priced at Rs. 11,499, but you can also buy it with 128GB of storage for Rs. 12,499. Should you decide to go in for the Narzo 50A, the 128GB storage variant offers better value than the competition, mainly because the Redmi 10 Prime's 6GB RAM and 128GB storage variant is priced a lot higher at Rs. 14,499.

The Realme Narzo 50A sticks to the company's familiar design principles, with a simple yet practical back panel made of polycarbonate. The back has a fine groove-like texture that helps with grip, which is important, because this is a big and heavy smartphone at 207g. The rear camera module extends till the centre of the phone and engulfs the fingerprint reader. Since this doesn't protrude much from the rest of the back panel, I often struggled to find the barely recessed fingerprint reader.

The Realme Narzo 50A's back panel is made of polycarbonate

The matte finish of the plastic body along with the fine grooved texture kept the smartphone's back smudge-free. What I did not like was how chunky this device felt in daily use. The 6.5-inch display features a waterdrop-style notch. It's a smudge magnet, and I had a hard time keeping it clean as those smudges were not easy to wipe off.

Realme Narzo 50A specifications and software

The Narzo 50A offers a MediaTek Helio G85 SoC but with 4GB of LPDDR4X RAM standard across the two storage variants, 64GB and 128GB. The phone has a dedicated microSD card slot for storage expansion (up to 256GB). Communications standards include Wi-Fi ac, Bluetooth 5, and various satellite navigation systems.

The Realme Narzo 50A runs Realme UI 2.0, which is based on Android 11. From a visual perspective it's no different than what's available on other Realme smartphones. The focus of the UI is on customisation. There are also plenty of preinstalled third-party apps, most of which can be uninstalled. While the third-party apps never pushed any annoying notifications (unless I activated them), the Theme store never failed to push one or two promotional notifications on a daily basis. I was also a bit surprised to see ads showing up in the default File manager app (there are two such apps).

The Realme Narzo 50A managed 55fps and 16fps in GFXBench's T-Rex and Manhattan 3.1 tests, respectively. It also obtained scores of 356 and 1,352 in Geekbench's single and multi-core tests.

When it comes to gaming, the Narzo 50A is good for casual titles, but demanding games did not run smoothly. Call of Duty: Mobile was just about playable at the default Low graphics and Medium frame rate settings. The phone also warmed up quickly during gameplay, after which performance took a hit. Asphalt 9: Legends performed better, but with skipped frames and some lag especially when there was a lot of action happening on screen. If you are looking for a budget gaming device, then Infinix' Hot 11S is definitely a better choice.

The Narzo 50A's waterdrop-style notch looks a bit dated when compared to the hole-punch displays offered by competitors. With an HD+ resolution stretched across a 6.5-inch display, I was surprised to find text and icons looking sufficiently sharp. Viewing angles were decent and the display was bright enough outdoors.

What was a bit disappointing was the Widevine L3 certification, which only allowed for SD video streaming playback quality. Content streamed on Amazon Prime Video and Netflix didn't appear sharp. There are no stereo speakers, but the single speaker was loud and clear enough for watching movies and placing calls. If you use your smartphone as a primary device for watching video, the Redmi 10 Prime offers a better full-HD+ display along with Widevine L1 certification for HD playback quality.

The Realme Narzo 50A has an 8-megapixel selfie camera

The Narzo 50A's 6,000mAh battery lasted me two whole days with regular use which included taking photos and playing casual games. With light usage (calls and messaging), the phone could even last for up to three days on a single charge. Our HD video loop battery test ran for 30 hours and 12 minutes, which is excellent even for such a big battery. With no improvements in terms of charging, the included 18W charger took the phone from a dead battery to a 100 percent charge in 3 hours and 5 minutes.

The Narzo 50A is equipped with a 50-megapixel primary camera, a 2-megapixel portrait lens for calculating depth, and a 2-megapixel macro camera. Selfies are handled by an 8-megapixel front-facing camera. The camera interface remains unchanged. Video recording is limited to 1080p at 30fps for both, the front and rear cameras.

Photos taken in daylight were low on resolved detail. On magnifying them on screen even a bit, textures looked flat. The dynamic range was decent and colours were quite neutral. Selfies came out with good detail and dynamic range, but looked a bit oversharpened.

Edge detection when using the portrait mode was below average, giving me a haircut and blurring my ears at times. Macros taken with the 2-megapixel macro camera weren't great either, and looked oversharpened and dramatic with high contrast.

The level of detail dropped further indoors and when shooting in spaces with artificial light. The Night mode managed to cut the glare of bright street lamps when shooting in low light, but these photos lacked depth and did not look sharp.

Videos looked quite average with a decent amount of detail, but came out quite shaky due to the lack of stabilisation. Low-light video showcased a lot of blown out highlights and plenty of noise with murky details.

Despite its issues, the Realme Narzo 50A could still be a good smartphone if all you need is top-tier battery life, and you only run basic apps. However, it's hard to ignore the competition, most of which deliver better performance and hardware at similar prices. The Infinix Hot 11S offers a full-HD+ 90Hz refresh rate display, smooth software, and dual speakers at Rs. 10,999. There's also the Redmi 10 Prime (Review), which offers a better video streaming experience with support for Widevine L1, stereo speakers, four rear cameras, and a 6,000mAh battery, and costs Rs. 11,999 for the 4GB RAM and 64GB storage variant.