The Nothing Ear 1 Stick may not feature silicon tips, similar to the standard AirPods. 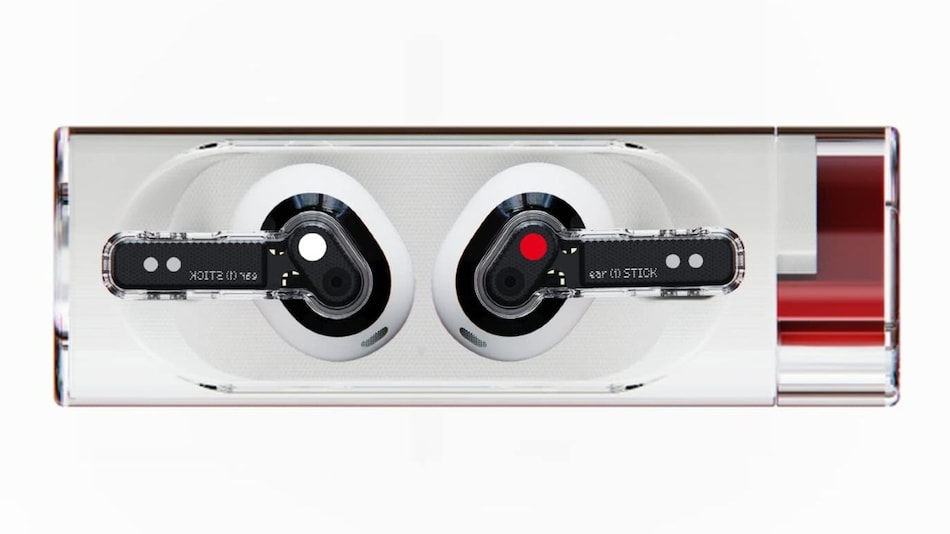 Nothing is gearing up to launch the company's first smartphone, the Nothing Phone 1, on July 12. Rumours suggest that it is also aiming to bring an upgraded variant of the Nothing Ear 1 truly wireless stereo (TWS) earbuds this year. The TWS earbuds in question are the Nothing Ear 1 Stick, which are tipped to sport a similar transparent build, like its predecessor. However, there are expected to be some key alterations when it comes to the design and specifications of the rumoured earbuds.

Based on an alleged Amazon listing shared last week, tipster Ishan Agarwal (@ishanagarwal24) has suggested that the Nothing Ear 1 Stick are unlikely to feature silicon tips, similar to Apple's standard AirPods. Nothing could also get rid of the automatic noise cancellation (ANC) feature to stick to the rumoured EUR 99 (roughly Rs. 8,000) price point. Furthermore, these TWS earbuds may also come in a new case with a compact design.

Last week, tipster SnoopyTech (@snoopytech) shared an alleged Amazon listing of the Nothing Ear 1 Stick. It mentions that these TWS earbuds could be priced at EUR 99. The tipster also revealed that they could launch on September 19. Their predecessor, the Nothing Ear 1, also launched in Europe last year in July priced at EUR 99. The supposed Amazon listing also suggests that the Nothing Ear 1 stick could support Bluetooth v5.2 and sport an IP54-rated water-resistant design. The earbuds are expected to have a battery life of up to 7 hours along with up to 30 hours of additional backup provided by the charging case. They are likely to come with features like AI noise isolation and low latency connection.

Previous reports also mention that Nothing is working on the Nothing Ear 1 Stick. However, it may not accompany the Nothing Phone 1 when it makes its debut on July 12.