Netflix's CAT sees Randeep Hooda returning to his life as a spy, to save his drug-peddling brother’s life. 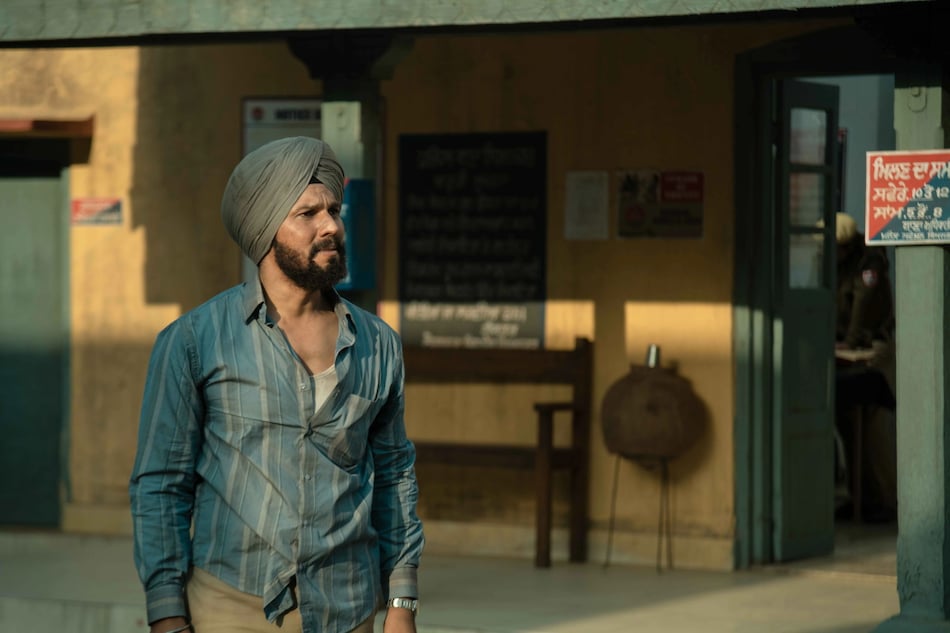 Randeep Hooda in a still from CAT

Randeep Hooda-led CAT trailer release date has been announced. Netflix revealed on Thursday that the trailer for the Punjab-set spy thriller series will be out tomorrow, ahead of its December 9 premiere. Created by Balwinder Singh Janjua (Saand Ki Aankh), it follows Gurnam Singh (Hooda), a former police informant, who is summoned to infiltrate a major drug empire, all the while trying to save his misguided, drug-peddling brother. Described as a “gritty story of brotherhood, espionage, power, and more,” Janjua writes and directs some of the episodes.

CAT marks Hooda's debut in a series and a second collaboration with Netflix — following 2020's Extraction, which saw him starring alongside Chris Hemsworth. The studio dropped a sneak peek for CAT, last week, where he was joined by Suvinder Vicky as a senior officer, discussing the state of drug trafficking in Punjab, and how it all leads back to Gurnam's unnamed younger brother (Danish Sood). When asked to rejoin the police force as an informant, Gurnam is seen panicking, which is in line with the plot description from Netflix's online-only TUDUM event, that mentions dark traumas Gurnam has kept hidden away.

Words can't express how excited we are for the CAT trailer arriving tomorrow. Maybe these emojis can - 😻🙀😸😼 pic.twitter.com/NQtsqNXaDC

“With the pace at which our industry is releasing content, it's very easy to be lost in the herd, but with the industry giant like Netflix backing my passion for creating a series with a subject so close to my heart, I feel truly blessed and lucky,” creator Janjua expressed in a prepared statement, having lived through the surge of drug trafficking in the 2000s. “And having the opportunity to work with an exceptional artist like Randeep Hooda is the cherry on top.”

The December month on Netflix opens with the Triptii Dimri starrer Qala, which follows the eponymous playback singer struggling with an identity crisis at the peak of her success. The psychological drama with a musical twist is directed by Anvitaa Dutt, best known for Bulbbul.

Before that, we've got the Bihar-set crime-drama series Khakee: The Bihar Chapter on November 25, starring Karan Tacker and Avinash Tiwary at the opposite ends of the law.

CAT releases December 9 on Netflix. All episodes will be available at once.