iOS 16 was officially unveiled on Monday during WWDC 2022. 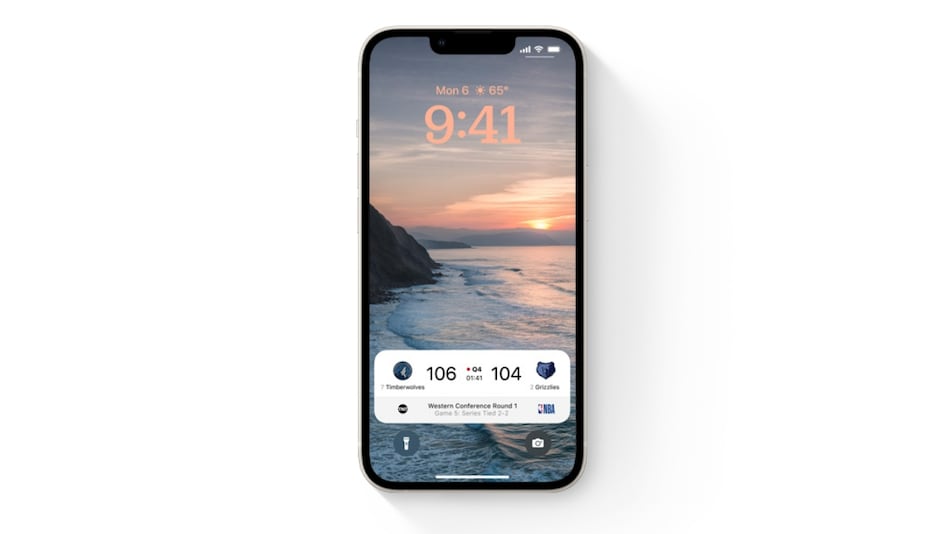 Apple revealed its next-generation operating system, iOS 16, during the first day of the World Wide Developers Conference (WWDC) 2022 keynote event on Monday, June 6. The Cupertino company revealed several features about the new operating system. However, it did not mention if Face ID will work in landscape mode on supported iPhone models with iOS 16. This feature is already available on iPads. In related news, a recent report mentions that iOS 16 will also allow users to use third-party apps for two-factor authentication.

According to the iOS 16 preview page, supported iPhone models will allow users to make payments and more with Face ID when it is tilted horizontally. Right now, Apple iPhone users have to ensure that their handset is in portrait mode for the Face ID to function properly. Furthermore, MacRumors is reporting that iOS 16 will support third-party authentication apps with the built-in Passwords feature. Users will be able to set apps like Google Authenticator or Authy as the default programme instead of the built-in iCloud Passwords & Keychain feature to get codes for two-factor authentication.

These are a couple of the new features Apple users can expect from iOS 16, which was unveiled during WWDC 2022 on Monday. It is set to arrive later this year on iPhone 8 and other models. It will feature an overhauled lock screen and notification system. However, not all iOS16 features will be supported on every device receiving the software update. The Cupertino company has also redesigned and improved the system apps for iOS 16. It will release the developer previews this week and has planned a public beta in July. As previously mentioned, the full public rollout for iOS16 is expected to take place later this year — sometime around September.

Xiaomi 12 Pro 5G, Xiaomi 11i Hypercharge 5G, Redmi Note 11T, and Others Get YouTube Premium for Up to 3 Months