iPhone 14 Becomes Latest Smartphone to Be Manufactured by Apple in India: Details

iPhone 14 units will be shipped from Foxconn's Sriperumbudur facility on the outskirts of Chennai. 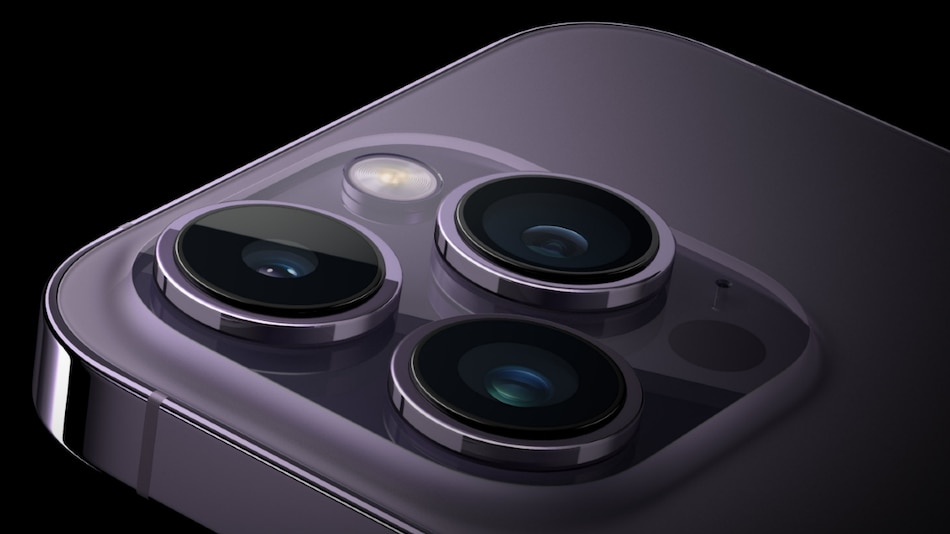 Apple's newest phone iPhone 14 will be made in India as the global tech titan bets big on the manufacturing prowess of the world's second-biggest smartphone market after China. Cupertino, California-headquartered Apple started manufacturing iPhone handsets in India in 2017 with iPhone SE. Today, Apple manufactures some of its most advanced iPhone devices in the country including iPhone SE, iPhone 12, iPhone 13 and, now, iPhone 14.

Earlier this month, Apple unveiled its latest iPhone series - the iPhone 14 models - with an improved camera, powerful sensors and satellite messaging feature to send SOS texts in emergencies. The new lineup has four models: iPhone 14, Plus, Pro, and Pro Max.

According to sources, the Made-in-India iPhone 14 will begin to reach local customers in the next few days. Phones manufactured in India will be both for the Indian market and exports.

The iPhone 14 will be shipped from Foxconn's Sriperumbudur facility on the outskirts of Chennai. Foxconn is the world's largest contract electronics manufacturer and major iPhone assembler.

When contacted, Apple in a statement to PTI said: "We're excited to be manufacturing iPhone 14 in India." “The new iPhone 14 lineup introduces groundbreaking new technologies and important safety capabilities," it said.

The iPhone 14 was launched on September 7, 2022, and is available to customers in India simultaneously with the US, among other markets, since September 16, 2022.

The iconic brand has a long-standing history in India that started more than 20 years ago. Apple launched its online store in the country in September 2020 and is set to deepen its commitment with the upcoming launch of Apple retail store.

The recent manufacturing expansion builds on several Apple initiatives in the country, including App Design and Development Accelerator in Bengaluru and programmes with local organisations to support renewable energy training and development for communities.

India's vibrant market is turning out to be the sweetspot for the US tech giant, as the company reported a "near doubling" of revenue in the country in the quarter ended June 2022.

Apple CEO Tim Cook, during earnings call in July had said: "We set June quarter records in the Americas, in Europe and the rest of the Asia Pacific region. We also saw June quarter revenue records in both developed and emerging markets, with very strong double-digit growth in Brazil, Indonesia and Vietnam and a near doubling of revenue in India." A recent report by JP Morgan on `Apple Supply Chain relocation' predicted that Apple "is likely to move about 5 percent of iPhone 14 production to India from late 2022 and reach 25 per cent by 2025".

It is also forecast that nearly 25 percent of all Apple products, will be manufactured outside China by 2025 as compared to five percent at present.

"US-China trade tensions kicked off the production relocation cycle and the search for a `China+1' manufacturing approach for the Apple supply chain from late 2018," the report said.

COVID-19 put the brakes on this over the last two years, but with pandemic concerns easing, "we have seen more companies in the Apple supply chain re-accelerating supply chain relocation efforts", the brokerage said in its report.

"Supply chain risks (such as COVID-19-related lockdowns in Shanghai/Shenzhen) are likely to be a primary driving force for these moves in the next two to three years," it added.

While a booming market for smartphones has added to India's sheen, New Delhi's policy push in the electronics sector has nudged large global suppliers to expand in India, and driven new players to set up base.  After tasting success in local smartphone manufacturing, India is moving swiftly to replicate the success with other parts of electronics ecosystem, as it makes solid efforts to cut reliance on imports.

The government has unveiled attractive incentives to spur local production and export of telecom and networking equipment as well as IT products, and a Rs 76,000 crore semiconductor scheme was announced late last year to boost local manufacturing of chips and display panels.

To attract global giants such as Intel and TSMC, the Centre, last week, sweetened the semiconductor package further by increasing the fiscal support for new facilities (across technology nodes) to cover 50 percent of project cost.