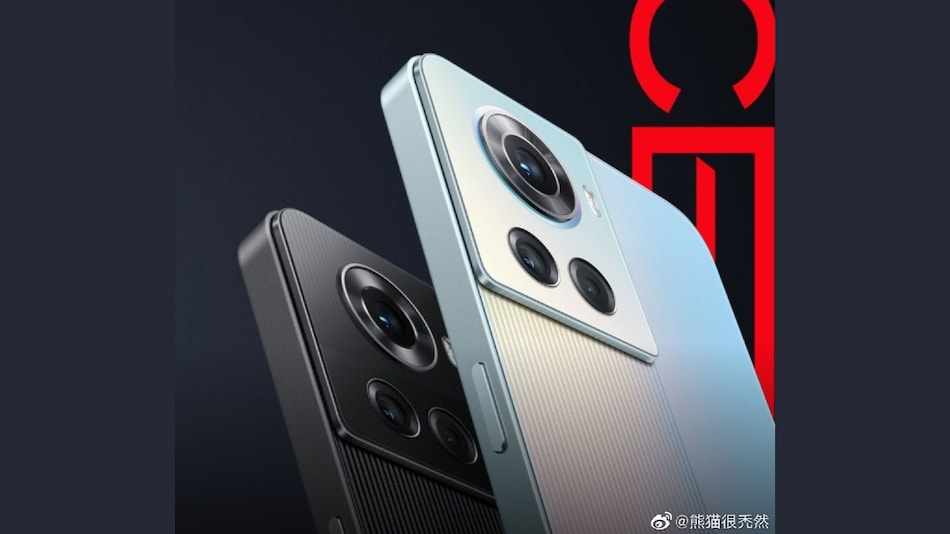 OnePlus 10R India launch could happen very soon. Ahead of the official announcement, Amazon's OnePlus 10R advertisement has surfaced online, as per a tipster. Recently, OnePlus India CEO confirmed the presence of a MediaTek Dimensity 8000-series chipset on the upcoming OnePlus 10R. Realme GT Neo 3, which went live in China in March is expected to arrive in India with the OnePlus 10R moniker. OnePlus 10R is expected to go live in India on April 28 along with OnePlus Nord CE 2 Lite 5G and OnePlus Nord Buds. Separately, the Chinese brand has reportedly teased the arrival of its new handset on Weibo without confirming the name.

Amazon's advertisement of OnePlus 10R on Instagram was first spotted by Twitter user Rudransh (@rudransh116), shared later by known tipster Abhishek Yadav. However, the OnePlus 10R is not listed on the e-commerce website yet. The brand hasn't confirmed anything regarding OnePlus 10R's India launch. It is said to go live in the country on April 28 alongside OnePlus Nord CE 2 Lite 5G and OnePlus Nord Buds. The smartphone is expected to be a rebrand of the Realme GT Neo 3.

As per a report by MySmartPrice, OnePlus has teased the arrival of a new smartphone without confirming the name on Weibo. The poster is believed to be of the OnePlus Ace. Gadgets 360 was not able to verify the Weibo post by OnePlus, which may have been removed. However, known tipster Mukul Sharma tweeted a screenshot of the Weibo post from another well-known tipster Panda is Bald (translated). The poster shows the handset in Black and Blue colours with a flat edge design. A triple rear camera unit, along with an LED flash, is seen arranged on the upper left corner of the smartphone.

However, the OnePlus Ace moniker has not been confirmed by OnePlus yet.

Specifications of OnePlus 10R have leaked multiple times in the past. A recent report suggests that the OnePlus 10R is likely to come with OnePlus Ace moniker in India. OnePlus 10R is tipped to have a hole-punch display design. The upcoming phone is expected to sport a 6.7-inch full-HD+ E4 AMOLED display with a 120Hz refresh rate. It could be powered by an octa-core MediaTek Dimensity 8100 SoC. Further, OnePlus 10R is tipped to offer up to 12GB of LPDDR5 RAM and up to 256GB of UFS 3.1 storage. It is expected to feature a triple rear camera unit headlined by a 50-megapixel Sony IMX766 sensor.