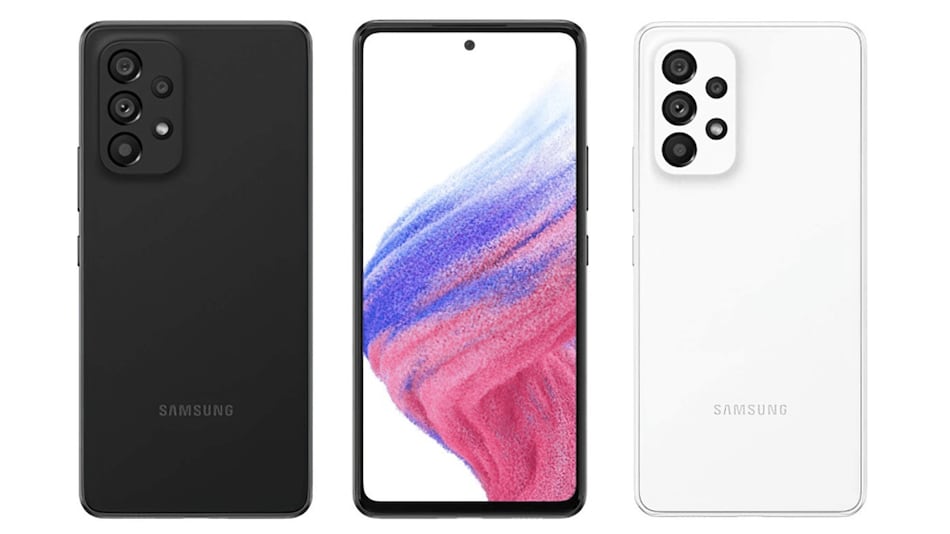 Samsung Galaxy A53 may get a quad rear camera setup

Samsung Galaxy A33 and Samsung Galaxy A53 have been spotted on SDPPI certification website in Indonesia, as per a report. These A-series smartphones have been in the news over the past few months because they have got certifications in various countries and leaked in renders. Meanwhile, Galaxy M23 has made it to the Bluetooth SIG website. Reports have suggested that the Galaxy M23 could be a rebranded Galaxy F23 handset that was recently spotted on Geekbench. Furthermore, Samsung Galaxy Z Fold 4 alleged renders have also surfaced online.

As per a report by MySmartPrice, Samsung Galaxy A33 and Galaxy A53 were spotted on SDPPI certification website with SM-A336E and SM-A536E model numbers. The certification does not delve out any information about the specifications of the handsets but suggests that they will be launched soon. Smartphones with these model numbers were previously spotted on Bluetooth SIG website tipping that they will come with Bluetooth v5.1. In fact, the Galaxy A33 and Galaxy A53 were also seen on Samsung website.

Samsung Galaxy A33 5G is tipped to sport a 6.4-inch full-HD+ Super AMOLED display with hole-punch cutout, a 48-megapixel quad rear camera setup, a 13-megapixel selfie camera, a 5,000mAh battery, and an IP67 rating for dust and water resistance.

The TENAA listing suggests that Samsung Galaxy A53 5G could sport a 6.46-inch full-HD+ (1,080x2,400 pixels) AMOLED display with an under-display fingerprint sensor. The information about the SoC was provided by the alleged Geekbench listing, which suggested that the handset will be powered by an Exynos 1200 SoC paired with 8GB of RAM and up to 256GB of storage.

In another development, Samsung Galaxy M23 5G has reportedly cropped up on Bluetooth SIG platform with model numbers SM-E236B_DS and SM-M236B_DS. The listing suggests the phone will come with a Bluetooth v5. It is also spotted spotted on US Federal Communications Commission (FCC) website with model number SM-M236B/DS. The listing suggests that the phone will come with a 25W changer that carries model number EP-TA800, and microSD card support.

A previous report hinted that the Galaxy M23 phone could be a rebranded Galaxy F23 5G, which made it to the Geekbench listing last month. The phone is listed with an octa-core Qualcomm Snapdragon SoC, which could be the Qualcomm Snapdragon 750G SoC. The listing also says that the phone runs on Android 12 and packs 6GB of RAM.

Meanwhile, alleged concept renders of the Samsung Galaxy Z Fold 4 have surfaced online. While one set of images have been shared by tipster Ben Geskin, the other set is leaked by Apple Lab. The image leaked by Geskin tip a Galaxy S22 Ultra-like quad camera setup. However, the ones shared by Apple Lab suggest a new design, larger screen, and a new camera system.