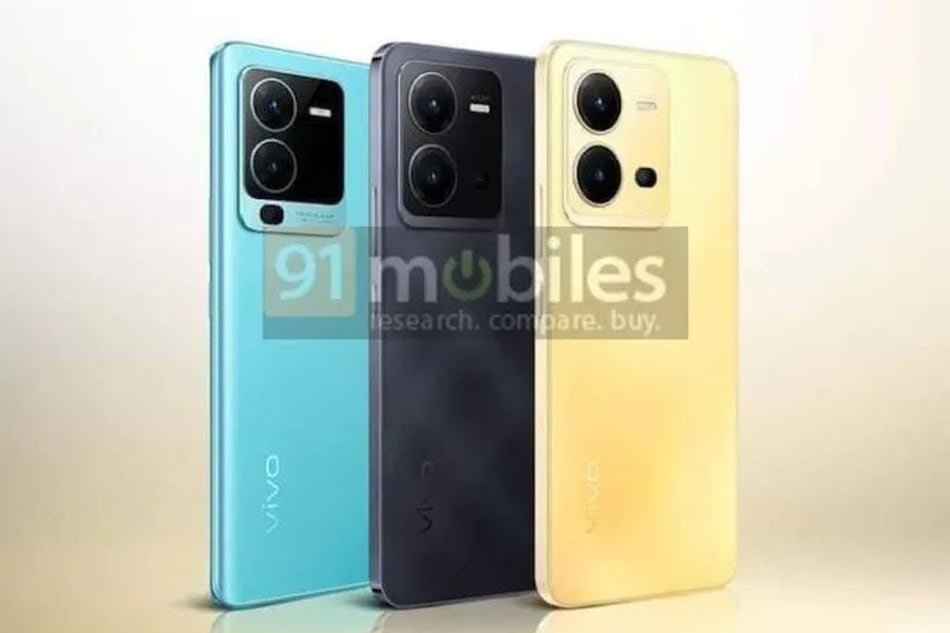 Vivo V25 Pro is set to launch in India on August 17. Ahead of the launch, purported marketing images of the handset have surfaced online. In the images, the Vivo V25 Pro can be seen next to the V25 5G and V25e. The company had earlier teased the handset with a colour changing back. The handset will debut in Surfing Blue and Starlight Black colour options, as per the alleged image. Vivo has also confirmed the battery and charging support of the upcoming phone.

In another alleged marketing image, the specifications of the Vivo V25 Pro and V25 5G have been listed. According to the report, Vivo V25 Pro will feature a 64-megapixel Ultra-Sensing primary rear camera with optical image stabilisation. It will reportedly sport up to 12GB of RAM along with support for using 8GB of unutilised storage as extended RAM. As per the report, the display of the upcoming Vivo handset will feature a 120Hz refresh rate. It is said to pack a 4,830mAh battery with 66W fast charging support. The phone will be launched in Surfing Blue and Starlight Black colour options, as per the alleged image.

Both the alleged marketing images of the Vivo V25 Pro and V25 5G only show the rear panel of the two handsets. They suggest a similar rear camera module. The only noticeable differences between the two are the textured back panel of the V25 5G, and the placement of the third camera sensor of the Vivo V25 Pro. The triple rear camera setup of the two is almost identical, except the third camera on the V25 Pro has been placed on the body-coloured chin of the camera module.

The Chinese smartphone brand has already announced that the Vivo V25 Pro will launch in India on August 17 at 12pm. In the past, Vivo has also confirmed that the upcoming handset will feature a colour-changing rear panel. It will also feature a 3D curved display with 120Hz refresh rate. The phone will be powered by the MediaTek Dimensity 1300 SoC. The battery and charging support were also confirmed, which are identical to the specifications leaked by the alleged marketing images.