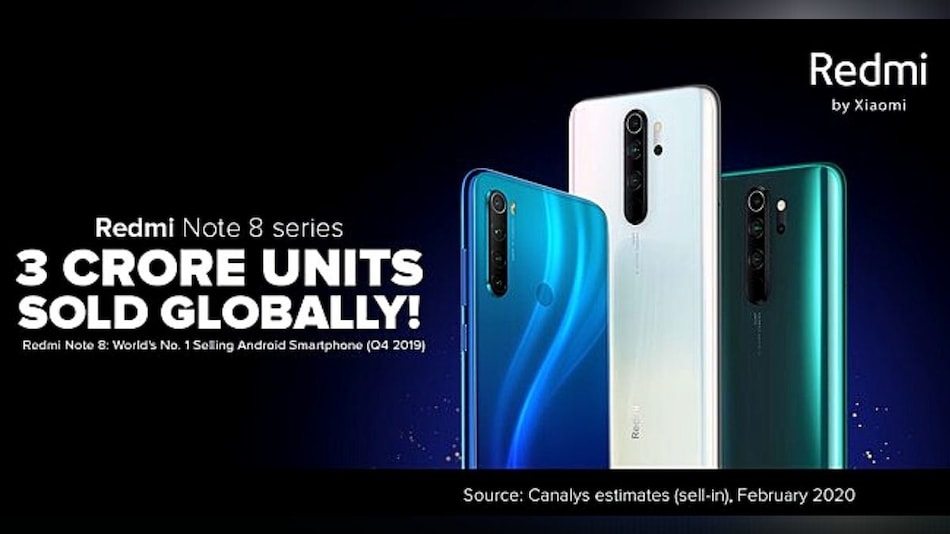 The announcement by Jain about the company's latest milestone came on Wednesday via a post on Twitter. The Xiaomi India Managing Director on Twitter also announced Redmi Note 8 and Redmi Note 8 Pro giveaways.

Let's celebrate! ???? RT with #ILoveRedmiNote and tell me why you love this BEAST!

Xiaomi Teases Launch of New IoT Product in India on May 8, Could Be Mi Box or Mi TV Stick
Twitter Testing New Changes in Threaded Conversation Layout on iOS, Web