Xiaomi introduced the new straps during the Global Fintech Festival. 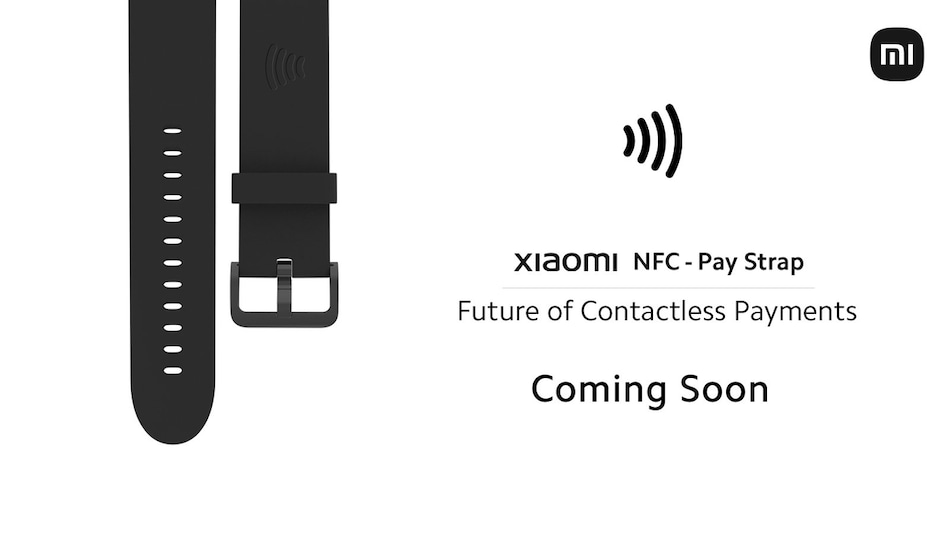 Xiaomi NFC Pay Strap has been announced on Tuesday, September 28. The new straps will come with near-field communication (NFC) that will enable users to carry out contactless payments with eligible merchants. Xiaomi has also announced that three merchants and banks with whom it will partner with initially. There is no confirmation if other merchants and banks will partner with the Chinese tech giant later on. Currently, not much information is available about Xiaomi NFC Pay Strap.

Xiaomi Chief Business Officer Raghu Reddy tweeted about the upcoming Xiaomi NFC Pay Strap that the firm announced during the Global FinTech Festival as the "future of contactless payments." The tweet doesn't mention when the Xiaomi NFC Pay Strap will be releasing but teases that it will be launching sometime soon.

Today we announced our entry into the FUTURE OF CONTACTLESS PAYMENTS at the Global Fintech Festival.

Thrilled to announce that we will be launching the Xiaomi NFC Mi Pay straps soon.

Working with @RuPay_npci, RBL & Zeta to make this happen.

Reddy further mentioned that the soon-to-be-launched Xiaomi NFC Pay Strap will work along with RuPay, RBL Bank, and fintech platform Zeta as well as Xiaomi's Mi Pay app. The tweet also shared a picture that only shows a smartwatch strap with the NFC logo embedded into it.

In other Xiaomi wearables-related news, the Chinese tech giant recently launched its Mi Band 6 in India during the Smarter Living 2022 virtual event in August. Mi Band 6 carries a 1.56-inch full screen AMOLED touch display with 450nits of peak brightness and 326ppi pixel density. Xiaomi claims up to 14 days of battery life on a single charge. It is also 5ATM water resistant and has a magnetic port for quick clip-on and clip-off charging.

Mi Band 6 comes with Bluetooth v5 (BLE) connectivity and can be paired with both Android and iOS smartphones. Being a fitness band, it also comes with many sensors that help track heart rate monitoring, sleep tracking — that monitors naps, sleep cycles, and sleep breathing quality —and blood oxygen saturation level (SpO2).