FIFA 23 Soundtrack Out Now on Spotify, Labrinth and Bad Bunny Part of Lineup

EA Sports has unveiled 109 songs to be featured in the upcoming FIFA 23 — only 95 on Spotify India. 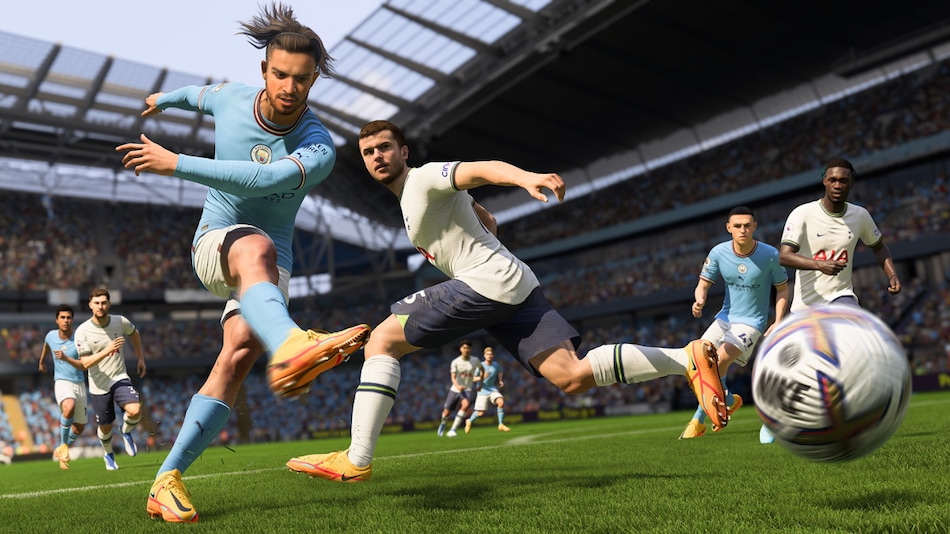 FIFA 23 soundtrack is out now. EA Sports has revealed the full track list for its latest football simulation game, and it's the biggest to date. With a total of 109 songs to listen to, FIFA 23 fans are in for a treat, as they wait in lobbies and bop their heads to the latest tunes. The FIFA 23 soundtrack is available to listen to on Spotify, but in India, the list only features 95 songs, owing to regional restrictions. The remaining 14 can be found on YouTube Music, or you can refer to the list EA Sports dropped on Twitter.

Like previous editions, the FIFA 23 soundtrack will reportedly be divided into two halves. The first 57 songs offer a brilliant blend of genres, ranging from rap, electronic, and deep house. It will be reserved for the general game, during instances such as navigating the menu or training sessions. The remaining 52 tracks are allocated to FIFA 23's Volta segment, featuring more British grime or hip hop music — anything that suits the street culture.

EA Sports also released an advert, featuring some top footballers, including cover stars Paris Saint-Germain's Kylian Mbappé and Sam Kerr, Chelsea Women's striker. Kerr is the first female athlete to be featured on the cover, in light of the inclusion of women's leagues in the upcoming game.

The #FIFA23 Soundtrack Line-Up is as global as it gets. 🔊🌍

Earlier this week, in a surprising crossover with Apple TV+, EA Sports confirmed that Ted Lasso was joining FIFA 23. Played by Jason Sudeikis in the eponymous show, the American coach will be available to pick in FIFA 23's Career Mode, alongside the fictional, second-tier English club AFC Richmond. The club will have a spot reserved in the Rest of the World category, and can even be used for Online Seasons.

Mahindra Said to Be in Talks to Raise Up to $500 Million to Accelerate Plans to Build Electric Vehicles in India
Crypto Price Charts: Most Coins See Profits as Global Crypto Market Cap Rises by Nearly 5 Percent