Asus ROG Phone 5 could feature a 6.78-inch display and come with a 6,000mAh battery that supports 65W fast charging. 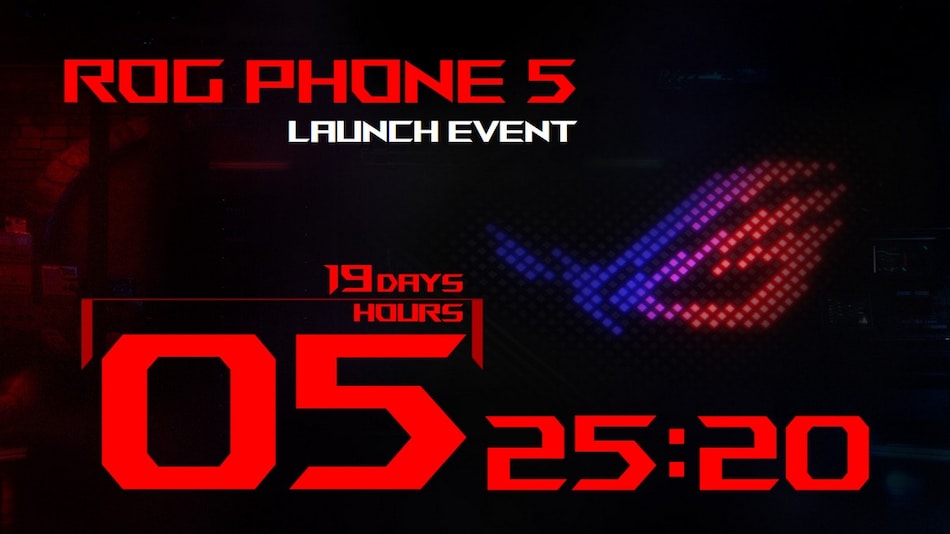 Asus ROG Phone 5 will be unveiled on March 10, the company has announced through a dedicated landing page on its website. The ROG Phone 5 is a successor to the Asus ROG Phone 3 that was launched in July 2020. Asus is skipping the ‘4' moniker seemingly because its pronunciation in Chinese is similar to the word “death,” which isn't uncommon. Asus has not shared any information on the specifications but the phone, being a flagship, will likely be powered by the Qualcomm Snapdragon 888 SoC.

Asus has a timer going on a dedicated landing page for the launch of the ROG Phone 5 and it will take place on March 10 at 7pm (local time) in Taipei (4:30pm IST). The landing page does not share any information on the phone but features an RGB ROG logo that may indicate the presence of one on the phone itself.

Recently, a known tipster shared that Asus ROG Phone 5 will launch in India sometime in March, that falls in line with the official launch date.

As mentioned earlier, Asus has not shared any information on the ROG Phone 5, but it has reportedly popped up on multiple certification websites. The phone is expected to feature a 6.78-inch display and a 6,000mAh battery which supports 65W fast charging. It may run Android 11 out-of-the-box and be powered by the Qualcomm Snapdragon 888 SoC. It could come with up to 16GB RAM, as a recent Geekbench listing suggested.

Talking about the design, a few images leaked via an alleged TENAA listing hinting at a triple rear camera setup, headlined by a 64-megapixel primary sensor. There is also what seems to be a dot matrix panel on the back with the ROG logo lit up. The phone is expected to measure 172.834x77.252x10.29mm, making it quite thick by modern standards of slim and light phones, but ROG Phones have never really emphasised on being the most sleek and ergonomic, as the emphasis is on delivering maximum performance.