Samsung Galaxy S23+ is tipped to feature a 6.6-inch display. 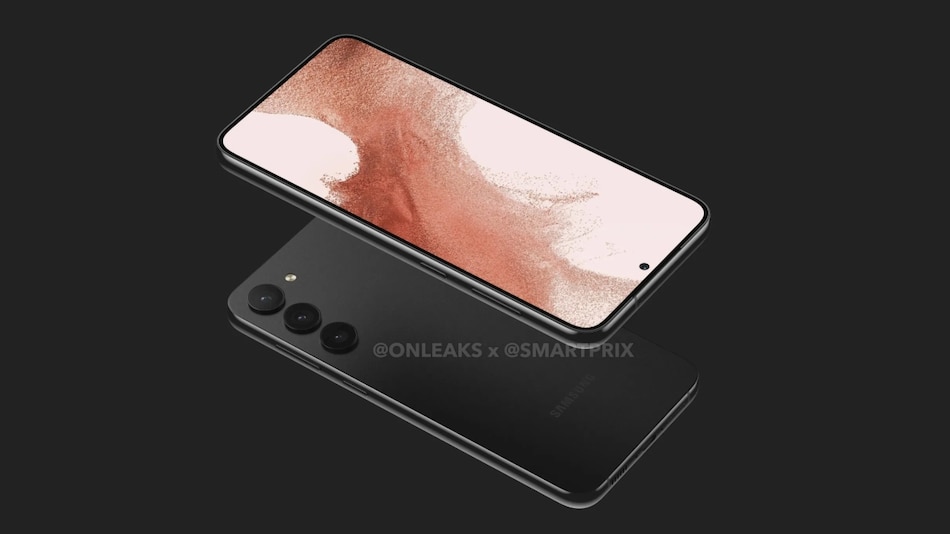 Samsung Galaxy S23 and Galaxy S23+ are expected to debut early next year. Samsung is yet to confirm the launch date for the flagship Galaxy S23 series, even though leaks have been in abundance. In a new update, renders of the upcoming Galaxy S23+ and the vanilla Galaxy S23 have surfaced online. The leaked renders suggest multiple design changes on the new model from the predecessor Galaxy S22+. Renders show a hole-punch display at the front to house the selfie shooter. Further, the Galaxy S23+ and Galaxy S23 are seen carrying a triple camera setup on the back, with individual camera lenses protruding out of the body, similar to the Samsung Galaxy S22 Ultra.

Known tipster Steve H.McFly (@OnLeaks), in collaboration with Smartprix, has leaked the alleged renders of Samsung Galaxy S23+. The leaked renders show the handset from all angles in Black shade. As mentioned, the images show a centrally placed hole-punch cutout on the display. Further, Galaxy S23+ is seen sporting a triple rear camera unit along with an LED flash. The upcoming handset could have a different rear camera setup compared to the Galaxy S22+.

In the rear camera panel, individual camera lenses are seen standing out of the body with sensors circled by rings, with a look and feel similar to that of the Galaxy S22 Ultra. Further, the power and volume buttons are seen on the right spine of the handset, while the bottom edge has a charging port and speaker grille.

Samsung is expected to unveil the Galaxy S23 series in either January or February. As per recent leaks, the upcoming models could be powered by Exynos 2300 SoC. The Galaxy S23+ could pack a 4,700mAh rated battery as well.

The Galaxy S22 family was launched in India in February this year. India variants of Samsung Galaxy S22, Galaxy S22+, and the Galaxy S22 Ultra are powered by Qualcomm's Snapdragon 8 Gen 1 SoC.