Samsung Galaxy Tab S8 and S8 Plus are tipped to feature 8GB of RAM with 128GB of onboard storage. 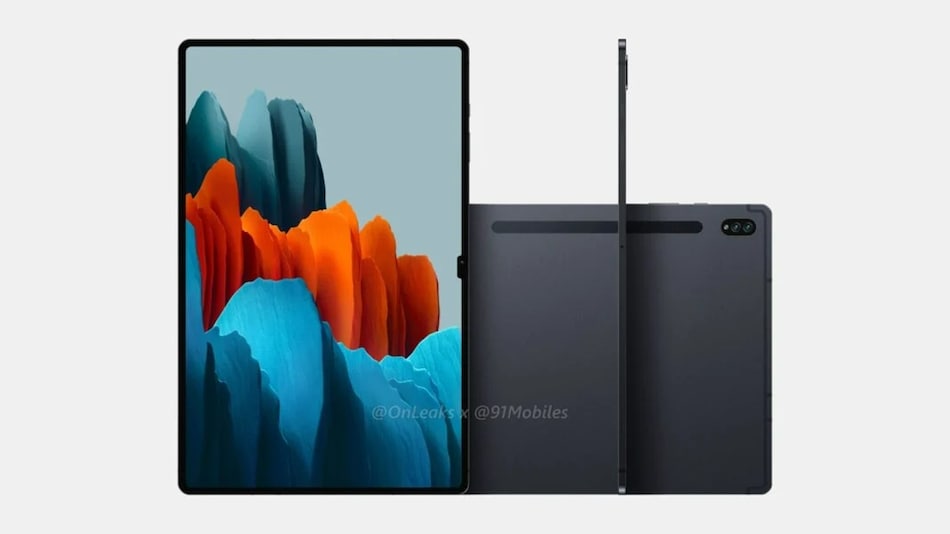 Samsung Galaxy Tab S8 Ultra is believed to be equipped with a 14.6-inch display. It is tipped to offer Wi-Fi and 5G variants with 8GB of RAM and 128GB of onboard storage. However, the Galaxy S8 Ultra tablet with 12GB of RAM and 512GB of storage is expected to launch with only the 5G version. This tablet is believed to only offer the Dark Gray colour option.

In another tweet, Snoopy shared alleged press renders of Samsung Galaxy Tab A8 (2021). These images depict the supposed Grey and Silver colour options that might be available at launch. According to past leaks, Galaxy Tab A8 (2021) is believed to feature a 10.5-inch display. It is rumoured to be powered by the Unisoc Tiger T618 SoC. Its supposed 7,040mAh battery is claimed to support up to 15W fast charging.