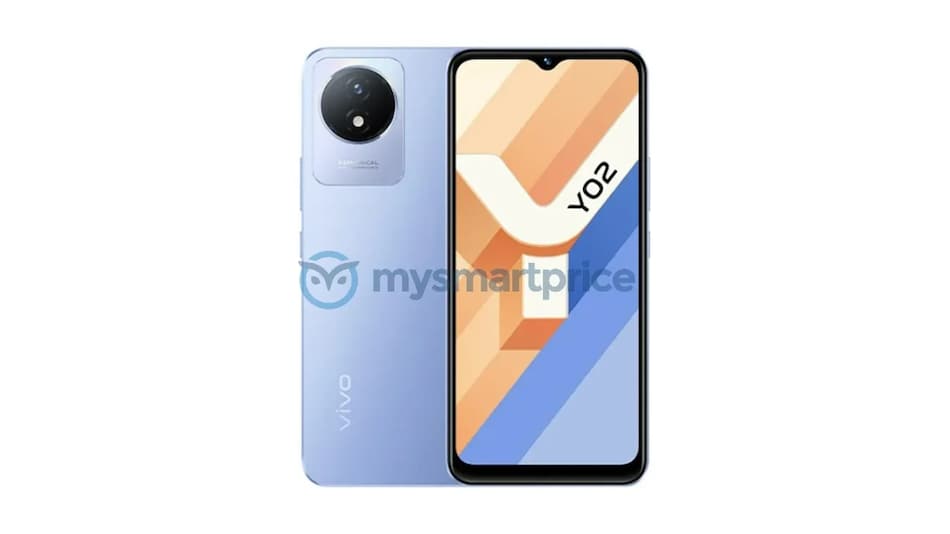 Vivo Y02 seems to get a waterdrop-style notch, narrow bezels with a thick chin

Vivo Y02 is expected to soon break cover, however, Vivo has remained tight-lipped regarding this upcoming smartphone. Supposed renders of this smartphone have now surfaced suggesting a detailed look at its design. It is believed to be a successor to the Vivo Y01 and follows a similar design language. The Y02 is depicted to feature a waterdrop-style notch. It is said to get narrow bezels with a thick chin at the bottom. In addition, a notable tipster has hinted that this smartphone may soon launch in global markets.

According to a MySmartPrice report in collaboration with tipster Paras Guglani (Twitter: @passionategeekz), the Vivo Y02 will debut in the global markets on November 28. There is no official word from Vivo, however, it is expected to launch in India during the first week of December.

This report also includes alleged design renders of the Vivo Y02. It appears to get a waterdrop-style notch on the front with narrow bezels and a thick chin. The rectangular camera module on the back is depicted to house a circular cutout. It is said to come with a single rear camera and LED flash.

The Vivo Y02 is said to come with a plastic back panel and frame. It is depicted sporting volume rockers and a power button on the right edge of the handset. The tipster also suggests that the handset might arrive with 3GB of RAM and a 5,000mAh battery.

These alleged design renders appear to be similar to the recently leaked Vivo Y02 promo image. It also mentions that this smartphone may feature a 6.51-inch HD+ LCD IPS screen. Under the hood, this Vivo smartphone might pack a MediaTek Helio P22 SoC. It could get an 8-megapixel main camera and a 5-megapixel selfie camera. This handset could be priced at Rs. 8,499 in India.