iPhone 14 series was launched globally, including in India on Wednesday. 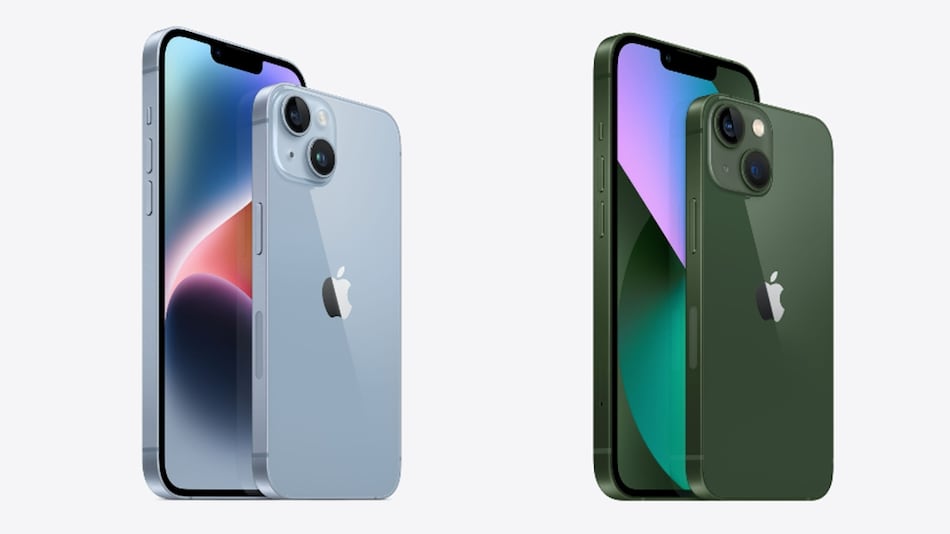 All the three iPhone models come in multiple colour options

In the US, the iPhone 14 and iPhone 14 Plus will not come with a SIM tray, which means they will only offer eSIM support, while other markets will continue to offer support for a physical SIM slot and an eSIM for another phone number. All the three phones will eventually run iOS 16 latest software that will release on September 12.

Apart from a slightly different camera setup, the iPhone 14 and iPhone 14 Plus also have a few new tricks up their sleeve. A new stabilisation feature, called Action Mode, uses the phone's motion sensors to better correct video. There is also a Cinematic mode that is able to capture videos in 4K at 30fps and 4K at 24fps. Apple also touted the better low-light performance, thanks to its new Photonic Engine.

Missed Apple's WWDC 2022? We discuss every major announcement on Orbital, the Gadgets 360 podcast. Orbital is available on Spotify, Gaana, JioSaavn, Google Podcasts, Apple Podcasts, Amazon Music and wherever you get your podcasts.
Affiliate links may be automatically generated - see our ethics statement for details.
iPhone 14 vs iPhone 14 Plus vs iPhone 13 comparison