The November 2021 update is available to all Google Pixel phones that have received Android 12 — ranging from the Pixel 3a to Pixel 6 Pro. 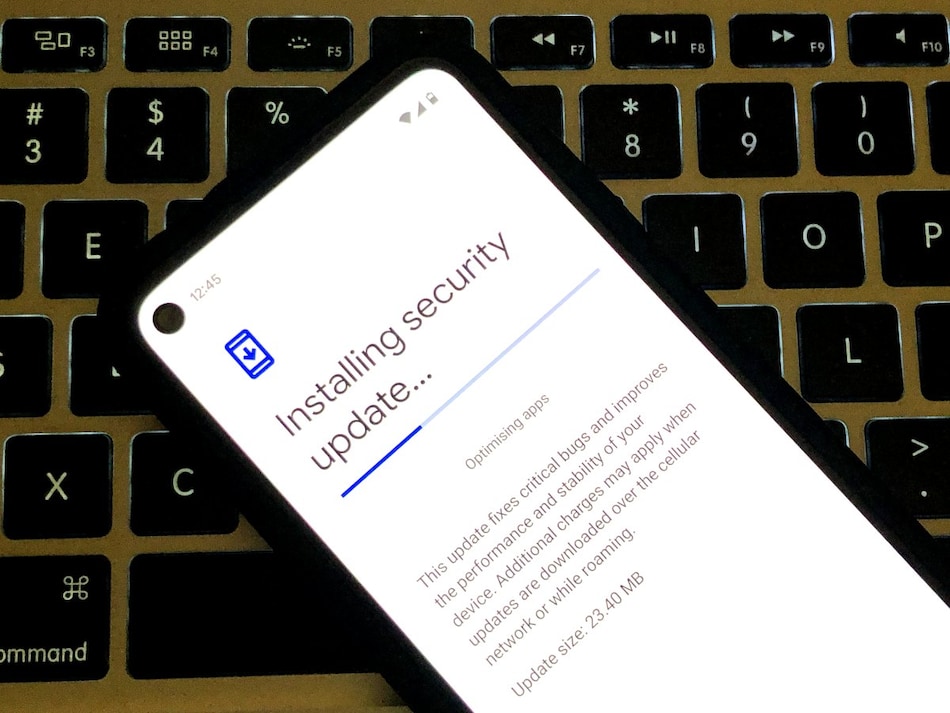 Google has released the November 2021 update for its Pixel phones to address some of the known bug fixes and a list of vulnerabilities. The November update is available for all Google Pixel phones that have received Android 12, except the Pixel 3 and Pixel 3 XL. It also carries certain fixes specifically for the newly launched Pixel 6 and Pixel 6 Pro. However, Google has not addressed the screen flickering issue that was noticed by some early users. That particular problem is due to receive a fix next month, the company revealed.

The November 2021 Android update is rolling out for the Google Pixel 3a, Pixel 3a XL, Pixel 4, Pixel 4 XL, Pixel 4a, Pixel 4a 5G, Pixel 5, Pixel 5a 5G, Pixel 6, and the Pixel 6 Pro, the company said in a community announcement. It will be available to the users through an over-the-air (OTA) update in phases. You will receive a notification when the update will reach your Google Pixel phone.

Notably, the list of Google Pixel phones compatible for the November 2021 update does not include the Pixel 3 and Pixel 3 XL. Both phones did receive the Android 12 update last month, but Google has now considered them end-of-life — meaning that they will not receive any further Android version upgrades as well as guaranteed security updates. The Pixel 3 and Pixel 3 XL were launched in October 2018.

Improvements and fixes as a part of November 2021 Android update

Google has detailed the improvements and fixes that have been provided within the November 2021 Android update. These will not be limited to the newer Pixel phones but are also available for the older models.

Among other improvements, the update fixes a bug that was preventing notification sounds to come in certain conditions and carries stability improvements for certain third-party apps. It also fixes the issues to prevent incorrect app icons to appear after installation, keyboard displaying over apps, and UI elements to hide in certain conditions. Additionally, the update addresses problems related to transition animation performance in the Overview screen in particular cases. All these changes are meant for the phones ranging from the Pixel 3a to Pixel 6 Pro.

The Pixel 6 and Pixel 6 Pro have also received specific improvements for audio quality, wireless charging behaviour, and auto-brightness response. Similarly, Google has fixed Picture-in-Picture (PiP) media playback and improved connection stability of the new Pixel phones. All these fixes are meant for certain apps and conditions, so you may not be able to notice any significant changes after installing the update.

“In addition to the above, the November update includes several fixes and improvements across many areas including device performance, stability, connectivity, and more,” Google said.

The November update, however, does not fix some of the issues that were noticed by early Pixel 6 and Pixel 6 Pro users. These include the screen flickering problem that was limited to the Pixel 6 Pro. Google has acknowledged that particular issue through a support document and promised its fix as a part of the December update. Meanwhile, the company has advised users to avoid seeing the flickering effect on their screen by not cycling the power button when the phone is off. It has also confirmed that the issue is not related to the phone hardware.

Alongside fixes and improvements, the November 2021 Android update has patched a list of security vulnerabilities. These include several security loopholes that are marked with “High” severity. The update also fixes a few “Critical” and “Moderate” vulnerabilities.

“The most severe of these issues is a critical security vulnerability in the System component that could enable a remote attacker using a specially crafted transmission to execute arbitrary code within the context of a privileged process,” Google said in its latest Android security bulletin.

In addition to the Pixel phones, the security patches available through the November update are meant for regular Android phones. Google said that it notified its Android handset partners of all the issues, and source code patches for all the vulnerabilities addressed will be released to the Android Open Source Project (AOSP) repository.

You can expect smartphone makers to release the November security patch for their devices in the coming days.

Google has started rolling out the November 2021 Android update for its compatible Pixel models in batches. You can, however, manually check for the update on your Pixel phone by going to Settings > System > System update. Make sure that your device has over 50 percent of battery charging and is connected to an active Internet connection to download the update package.