Pixel 6 series is, however, coming to markets including Australia, Canada, the UK, and the US. 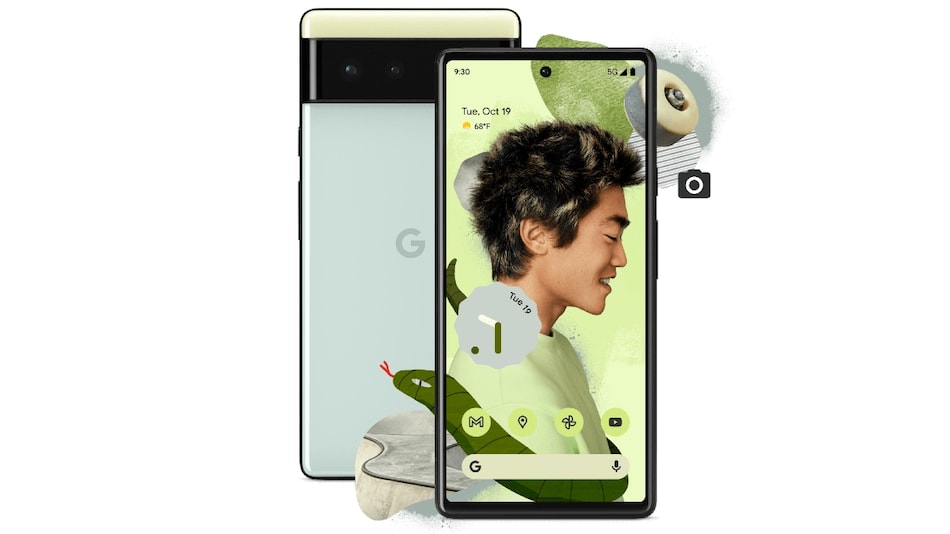 Pixel 6 and Pixel 6 Pro India launch is not in plans, Google has confirmed to Gadgets 360. Both new the Google Pixel phones were unveiled at a virtual event on Tuesday with the company's proprietary Tensor SoC, and feature a new design with a horizontal camera bar at the back. The Pixel 6 and Pixel 6 Pro also come with Android 12 out-of-the-box. In the series, the Pixel 6 Pro offers a superior experience with a 120Hz LTPO OLED display and triple rear cameras. The Pixel 6, on the other hand, comes with a 90Hz OLED display and has a dual rear camera setup.

A Google spokesperson told Gadgets 360 that the Pixel 6 and Pixel 6 Pro were not coming to India because of many factors.

“Due to a variety of factors including global demand supply issues, we are not able to make our products available in all markets. We remain committed to our current Pixel phones and look forward to bringing future Pixel devices to more countries in the future,” the spokesperson said in an emailed statement.

This is notably not the first time when Google has decided to not bring its new Pixel phones to India. In fact, the company has not launched any of its recent flagships in the country. These include the Pixel 4, Pixel 4 XL, Pixel 4a 5G, and the Pixel 5. It, however, did bring the regular Pixel 4a to the Indian market last year.

Market experts believe that Google does not consider India as a priority market when it comes to flagship Pixel phones due to a list of valid reasons.

“The India market is structured very differently than any other market of its size, with over 90 percent of the (smartphone) market being below Rs. 20,000 ($300),” said Navkendar Singh, Research Director at market intelligence firm IDC India. “The Pixel lineup has been priced much above this with minimal marketing intervention in a market where China-based brands are known for high-decibel marketing and distribution campaigns.”

Singh added that since most Indian consumers prefer specifications while buying phones, and that the Pixel lineup that has been ‘under-specced' until the Pixel 6 series in that sense did not attract them.

“Which is again not being brought in India by Google due to its premium pricing and acknowledgement that it is tough to sell a premium phone in India and also compete with Apple and Samsung in the premium end of the market,” he said.

Tarun Pathak, Associate Director at analyst firm Counterpoint, said that while the Pixel series has less than one percent market share in the smartphone market in India, it still enjoys a great mind share within camera enthusiasts in the country.

“I think one of the challenges for Google has been the low volume for premium segment in India, although it is growing fast but still on a lower base. Apart from this lack of local manufacturing and channel tie ups makes it difficult to scale up,” he said.

He added that despite the insignificant market presence of the Pixel lineup, consumers in the country are already looking forward to the Pixel 6 series. “We think India can be a good market for Google in India in the long term,” he said.

Unlike India, the Pixel 6 series is coming to markets such as Australia, France, Germany, Japan, and Taiwan. It is also on pre-orders in key markets including Canada as well as the UK and US. The new phones are also going on sale in the US starting October 28.

What makes the Pixel 6 series so different from other Android phones is Google's custom-designed Tensor SoC that is aimed to enhance artificial intelligence (AI) and machine learning (ML) capabilities. The phones also come with a list of camera-focussed features including Magic Eraser that make it easy to remove unwanted people and objects from photos after they're captured.

Google has also partnered with Snap to integrate the Snapchat camera within the lockscreen of the Pixel 6 series. The new experience will be available later this year.