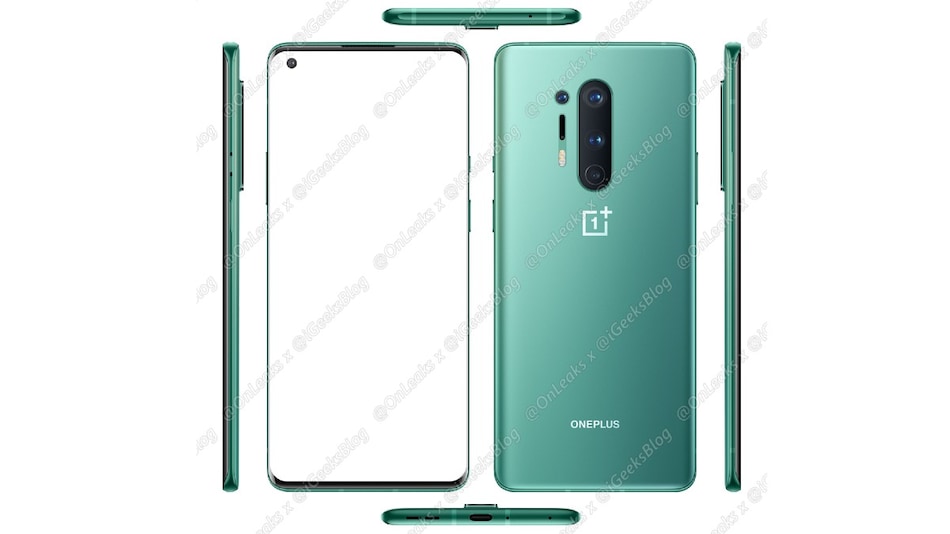 OnePlus 8 Pro and OnePlus 8 phones are set to launch on April 14. Ahead of this, the company has been teasing features of the two phones bit by bit. In a new report, OnePlus CEO Pete Lau reveals the price estimate of the OnePlus 8 series. Separately, DisplayMate has tested the OnePlus 8 phone's display ahead before its launch, and has awarded it with an A+ grade. Furthermore, the OnePlus 8 Pro seems to have broken 13 display performance records in DisplayMate's testing.

Lau told Business Insider that the OnePlus 8 series of phones won't cost more than $1,000 (roughly Rs. 76,400). While he didn't detail the exact prices of each OnePlus 8 variant, his statement suggests that the most high-end OnePlus 8 variant will be short of $1,000. This means that the most expensive OnePlus 8 series phone will still be cheaper than the base Samsung Galaxy S20 5G option, which starts at $999.99 (roughly Rs. 76,400). The OnePlus 8 phones are already confirmed to offer 5G network, and the phones are also teased to be powered by the Snapdragon 865 SoC.

Even though it may cost less as compared to competition, it still may be slightly expensive than its predecessor. Lau reportedly says that the high cost is due to technical challenges that 5G brings along. "Prices across the supply chain, from raw materials to 5G chips, are all rising generally in the industry,” Lau said. However, he expects the price to slim down as 5G technology becomes more mature.

DisplayMate has also tweeted that OnePlus 8 series of smartphones have earned the highest A+ display rating. The company has already conducted its in-depth display testing of the OnePlus 8 phones, and the phones have received over 10+ Display Performance Records including Color Accuracy. The firm hasn't revealed details, and the full display review should be published after the launch. CEO Pete Lau has further tweeted that the OnePlus 8 Pro has broken 13 records.