Realme GT 5G was launched in China in March and then globally in June. 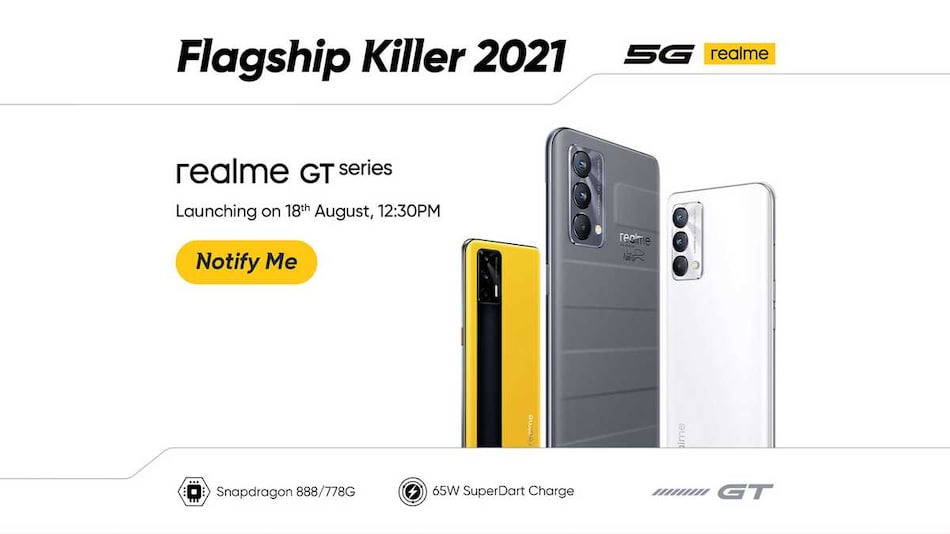 Realme has also confirmed that it will launch Realme Book Slim in India at the same event and it will be the company's first laptop. The event will be livestreamed on Realme's YouTube channel and Facebook page. The Realme Book Slim moniker was recently teased by the company and at this point, it is unclear if a standard version of Realme Book will be launched alongside as well. Interestingly, the company is also planning on launching its Realme Book in China on the same date and it seems to be the regular Realme Book (non-Slim model).

The Realme Book Slim model has been tipped to launch at upwards of Rs. 55,000 but an older leak talking about the regular Realme Book mentioned a starting price of Rs. 40,000. Pricing, specifications, and availability details for all the devices will become clearer by next week.