iPhone SE 3 to Be Priced Under Rs. 30,000 in India? Here's What's Actually Likely to Happen

Could many people's dreams of a truly low-cost iPhone in India finally come true? 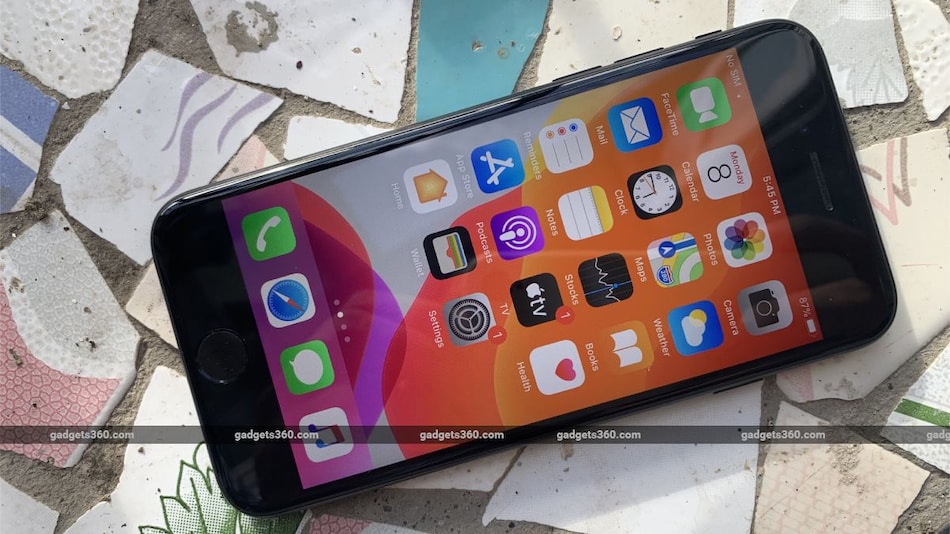 If the latest speculation and rumours are to be believed, Apple might launch its upcoming iPhone SE (2022) priced starting under $300 compared to the $399 starting price of the iPhone SE (2020) – that would be approximately Rs. 22,500 in India before taxes, resulting in a possible end-user retail price of Rs. 29,990 in India. That's just a guess, since the current model's starting price of $399 in the US is currently translated to Rs. 39,990 here (down from Rs. 42,500 at the time of its launch).

If this doesn't seem like such a great price, keep in mind that online retailers in India usually sell iPhones for quite a bit less, and festive sales can lead to some dramatic price cuts. The iPhone SE (2020) was listed for around Rs. 25,000 during last year's festive sales, and with exchange offers as well as bank deals, you can pick one up now brand new for just Rs. 15,498.

In fact, Apple quite regularly allows its products to be sold by third parties in India at steep discounts – this lets it maintain its brand image while still selling massive quantities of devices to people who wouldn't otherwise be able to afford them.

So it might make sense on several levels for Apple to officially drop prices on its entry-level iPhone SE, but there are a couple of ways this could work. Most rumours point to the new model – iPhone SE (2022), iPhone SE 3, iPhone SE 5G, or whatever it's called – launching at $299 or even at $199. The latter is extremely unlikely, since Apple rarely makes such huge changes to its lineup. Still, any price cut would be interesting.

Keeping the price high could be justified because Apple will most likely use a version its most recent A15 Bionic SoC, which powers the iPhone 13 series, and of course the headlining feature will be 5G. We won't lose any features compared to the previous model, so the IP67 rating and wireless charging will continue to set this product apart. Build quality should be top-notch, with metal and glass. Then of course there's Apple's promise of security, long-term software updates, and the usual brand value.

On the downside, having the same body shape and small 4.7-inch display that's been in circulation since the iPhone 6 launched in 2014 will hurt the new iPhone SE. The Android world moved on to big screens with minimal borders and no physical buttons long ago, but Apple keeps its lowest-end iPhone model old-school to keep development costs down and cater to change-resistant upgraders. You also get multiple cameras, face recognition, super-fast charging, and assorted software customisation options in the Android world, which you'd have to do without.

Even a 5G-enabled iPhone SE wouldn't offset the advantages of most Android phones in the sub-Rs. 25,000 and sub-Rs. 30,000 price categories, in the eyes of many potential buyers. We're still several months away from 5G networks rolling out to consumers in India, at best, but by launching now, Apple could make a big splash during this year's Diwali sales when the best discounts happen.

Of course there's another dimension to consider – another little concession that Apple makes in India is using third parties to continue selling older iPhone models. Right now, you can pick up an iPhone XR (Review) for much less than its original launch price, and this was one of the big draws during the last festive season too – even though you won't find it for sale on Apple.com. Each new iOS release over the past several years has supported iPhones well over five years old, keeping them relevant and secure.

That means the current iPhone SE (2020) (Review), which currently sells for well under its Rs. 39,990 official starting price, will almost certainly continue to remain available in India following the launch of the next iPhone SE. That creates opportunity not only for an official price drop, but for Flipkart and Amazon to sell it for around Rs. 20,000 before offers. Of course if the new model does launch at a lower-than-expected price, the iPhone SE (2020) won't be as attractive.

The new iPhone SE will have the same dated design as its predecessor, with a small screen and physical Home button

Apple appears to be content allowing discounted iPhones to be sold in India, which isn't surprising since there's a huge aspiration value to the brand and once buyers come in, they're likely to want to spend money on AirPods, Apple's various subscription services, and even Macs. Apple makes enormous money by charging users monthly for iCloud storage, and Apple One incentivises use of the company's music, TV, and game subscription services. Tools like iMessage tend to keep people on the platform and willing upgrade a few years down the line.

It's fairly obvious that the Rs. 20,000 – 30,000 price band is hotly contested in India right now, and that Apple's share of this segment is not huge. By diluting its brand value just a little and competing against the big Android players, Apple stands to gain tremendously.

India has often been cited as a huge opportunity for Apple in the company's earnings calls, but we've been left disappointed before – the 8GB iPhone 5c priced at Rs. 37,500 was just plain insulting, and the original iPhone SE price was first announced as Rs. 30,000 before being swiftly corrected to Rs. 39,000. Hopefully, things are about to change.