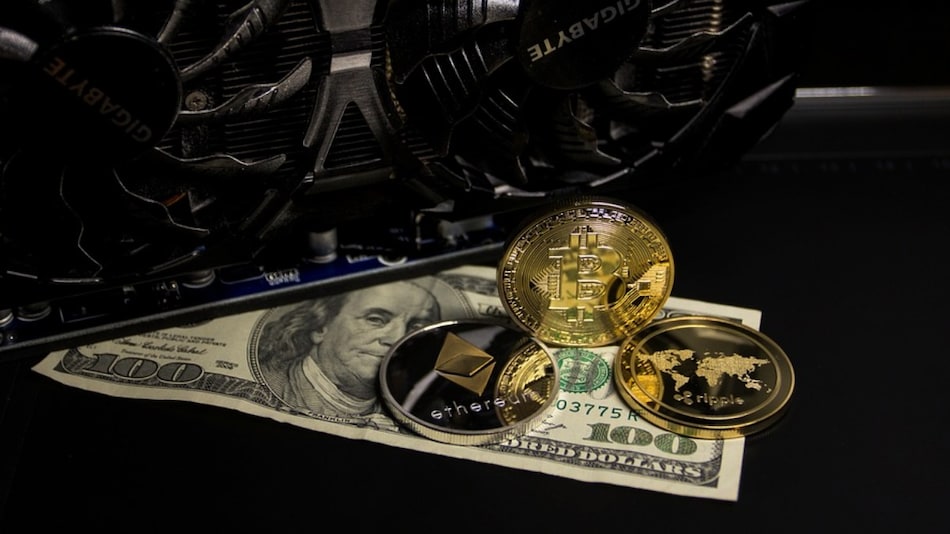 Crypto sector’s market cap has dropped to $1.88 trillion from $1.91 trillion earlier this week

Bitcoin slipped down on the crypto price charts soon after Jerome Powell proposed a series of interest-rate hikes that may be higher than the usual 0.25 percentage point. Powell is the chairman of US' Federal Reserve. With a value loss of 1.66 percent, BTC is currently trading at $42,789 (roughly Rs. 32 lakh) as per Indian exchange CoinSwitch Kuber. Bitcoin's losses on global exchanges emerged to be even deeper. On CoinMarketCap and Binance, Bitcoin fell by around 2.91 percent to trade at $40,573 (roughly Rs. 30 lakh).

Ether, the world's second most valued cryptocurrency after Bitcoin, also tumbled on national and international exchanges. As per Gadgets 360's crypto price tracker. ETH fell nearly by 2.91 percent on Coinbase with its value hovering around $3,006 (roughly Rs. 2 lakh).

“The risk of higher borrowing costs and potentially recessionary effects on the economy drove the rotation back into safe haven assets. Despite the store of value properties which many associate with crypto, yesterday's sell-off was clear indication that crypto is still being traded largely as risk assets,” the CoinDCX research team told Gadgets 360.

Even memecoins Shiba Inu and Dogecoin failed to reap any gains.

Only Tether, USD Coin, Tron, and Monero maintained a tad bit greenery on the price charts with miniscule profits.

With what's being called the fourth wave of COVID-19 making inroads in parts of China, UK, US, and India — curfews and lockdowns have begun to tamper the economic activities in these regions.

The Russia-Ukraine war, that started on February 24, has still not come close to an end. Not only has that led to major damage to life and properties, but has also gravely dented the finances and economic systems of both the nations.

Investors could hence be pulling away money from risk assets such as cryptocurrencies.

Industry insiders however, remain hopeful that with more nations creating legal frameworks around cryptocurrencies, the sector could soon grow out of its volatile phase.

“We have continued to witness increasing adoption and utility of crypto across multiple jurisdictions, and remain optimistic on crypto's eventual march towards the mainstream,” the CoinDCX team added.