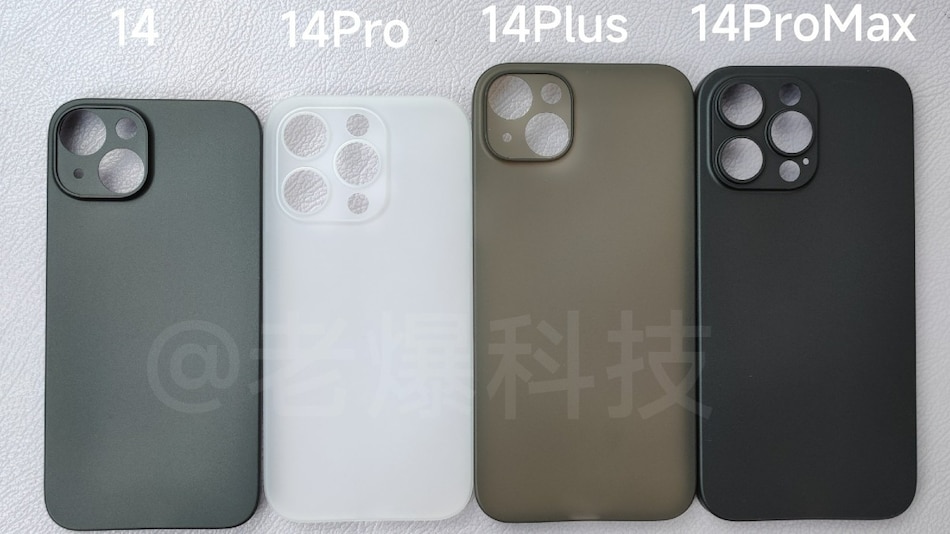 iPhone 14 series is tipped to launch on September 13, as per a tipster. The development comes as the cases of the four models of the iPhone 14 series are leaked suggesting that the iPhone 14 Pro Max will be equipped with a slightly larger camera module than the iPhone 13 Pro Max. A tipster posted an image suggesting four models with two sporting 6.1-inch displays and the larger iPhone 14 models featuring 6.7-inch panels. The Pro models are claimed to feature a bigger camera bump due to an upgraded 48-megapixel sensor.

A tipster tweeted that Apple will launch the iPhone 14 series on September 13 this year. The event is also reported to launch other devices including the Apple Watch Series 8 and a pro version aimed at fitness geeks.

These are in line with an earlier leak that suggested the design of four iPhone 14 models via metal moulds.

As per two images posted on Weibo by a tipster, the alleged iPhone 14 Pro Max smartphone is said to have a larger camera module as compared to the iPhone 13 Pro Max. This could be owing to the 48-megapixel camera sensor that is reported to come fitted in the iPhone 14 and iPhone 14 Pro models. Earlier this year, noted analyst Ming-Chi Kuo claimed that the that the “diagonal length of 48-megapixel CIS will increase by 25-35 percent, and the height of 48-megapixel sensor's 7P lens will increase by 5-10 percent.”