iPhone 14 Leaks and Rumours: Everything We Know Ahead of Apple’s Upcoming ‘Far Out’ Event

From the iPhone 14 series to the Apple Watch Series 8, here’s what to expect from next week’s event. 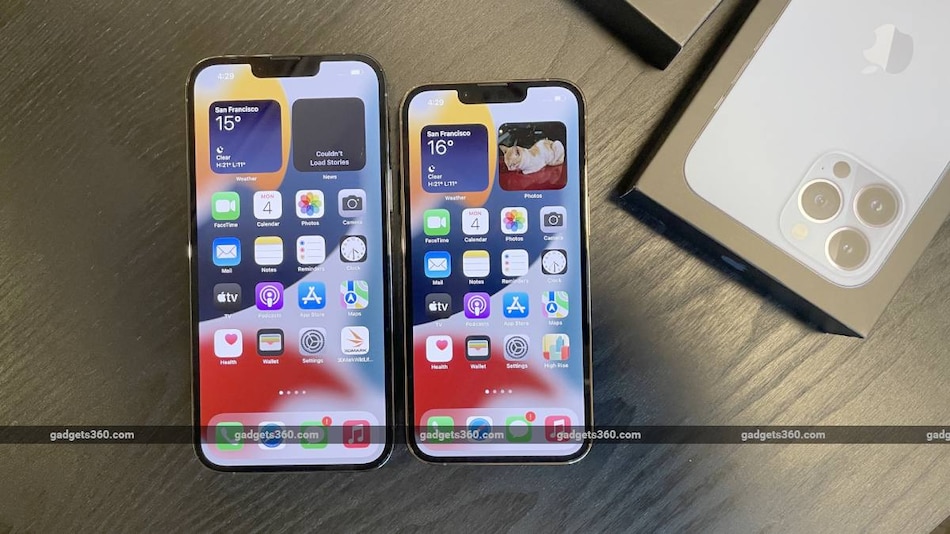 iPhone 14 series — comprised of the purported iPhone 14, iPhone 14 Max, iPhone 14 Pro, and iPhone 14 Pro Max — are expected to make their debut at Apple's ‘Far Out' launch event scheduled for September 7. The company is rumoured to do away with the ‘mini' form factor, in favour of a larger ‘Max' model. The iPhone 14 lineup is tipped to feature a higher price tag this year, compared to their predecessors that were launched last year. Apple is also said to be working on three new Apple Watch Series 8 models, which could be launched alongside the iPhone 14 lineup.

On this week's episode of Gadgets 360 podcast Orbital, host Akhil Arora talks to Executive Editor Jamshed Avari and Senior Reviewer Ali Pardiwala. We discuss some of the most noteworthy leaks in connection with the iPhone 14 models and the purported Apple Watch Series 8 lineup.

Apple is tipped to launch the iPhone 14 Pro and iPhone 14 Pro Max next week with redesigned pill and hole punch cutouts in place of the display notch that houses the camera and sensors for Face ID. This would mark the first time Apple has made a major change to the notch since it was introduced with the iPhone X in 2017, although the company did reduce the size of the notch with the iPhone 13 lineup.

This year, the iPhone 14 Pro and iPhone 14 Pro Max are tipped to feature a 48-megapixel primary camera. As Jamshed points out, Android manufacturers have used pixel binning, which uses a cluster of four or more pixels combined to improve overall picture quality for years, while also touting a higher number for marketing. It remains to be seen whether Apple allows users to choose between a higher resolution mode, or whether it will be set as the default.

Will the iPhone 14 series offer 8K video recording? Previous leaks have suggested that ultra-high-resolution video recording could be supported on the smartphone. While Ali points out that TVs with support for content in 8K resolution have existed since at least 2016, it is yet to go mainstream and 4K TVs are the most popular. Jamshed says that there will always be a market for 8K video recording as a feature, which could allow for cropping in, remastering, and archiving of content.

The Apple Watch Series 8 is expected to launch in three different models, including a new Pro variant, according to previous reports. We could see a new sports focused variant this year, as per previous reports. Apple is also rumoured to be working on support for satellite calling, but we haven't really seen evidence of such a feature coming to the next generation of Apple's wearables, as Ali points out. It's tipped to be a lot more expensive than the previous watches, but we'll only know for sure once Apple gives us details next week.