It is said to be different to the already-available Violet colour option. 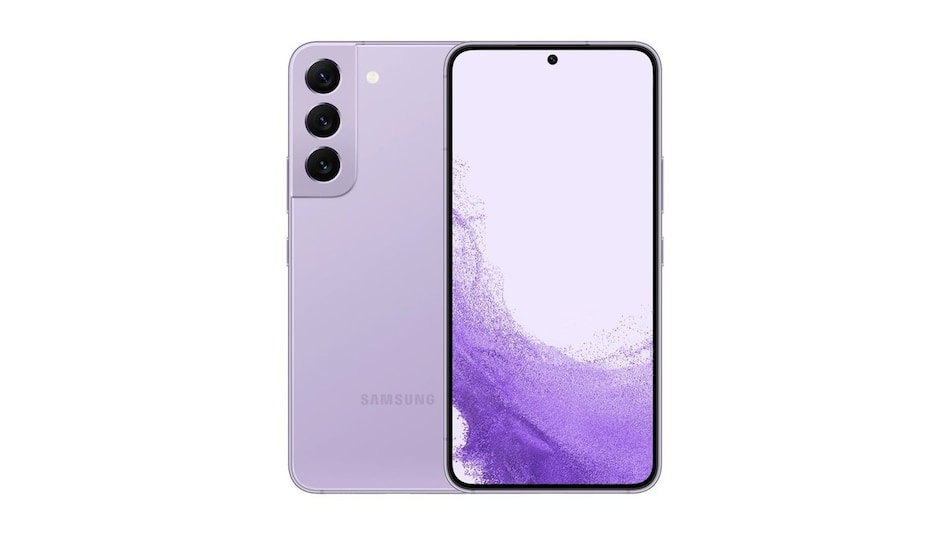 The Bora Purple Galaxy S22 has a purple frame, camera module as well

Samsung Galaxy S22 series will soon be available in the Bora Purple colour option, according to a new report. The South Korean tech giant is expected to release this colour option in the coming weeks. Notably, the standard Galaxy S22 and the Galaxy S22+ already come in a Violet colour. However, the Bora Purple variant is believed to feature purple on the frame and camera module, unlike the Violet model, which sports a golden frame. This new colour option is believed to be reminiscent of the BTS Edition Galaxy smartphones launched earlier.

According to a report by WinFuture, Samsung is likely to unveil the Bora Purple colour option for the Galaxy S22 lineup in the next two weeks. This series includes the vanilla Galaxy S22, Galaxy S22+, and the Galaxy S22 Ultra. The leaked renders showcase the Bora Purple variant of the regular Galaxy S22. It is depicted to sport a completely purple body with a purple frame and camera module. Unlike the online-only Violet colour option, the Bora Purple option is very similar to the BTS Edition Galaxy smartphones unveiled in the past. However, this version is not expected to have any affiliation with the South Korean boy band.

Notably, the Violet variant is not available in India and there is no information on whether the Bora Purple option will make its way to the country. A recent report suggested that the regular Galaxy S22 might soon be getting a Lavender Purple variant. This appears to be the aforementioned Bora Purple option.