Steelrising, Metal Hellsinger, and Splatoon 3 will also be released this month. 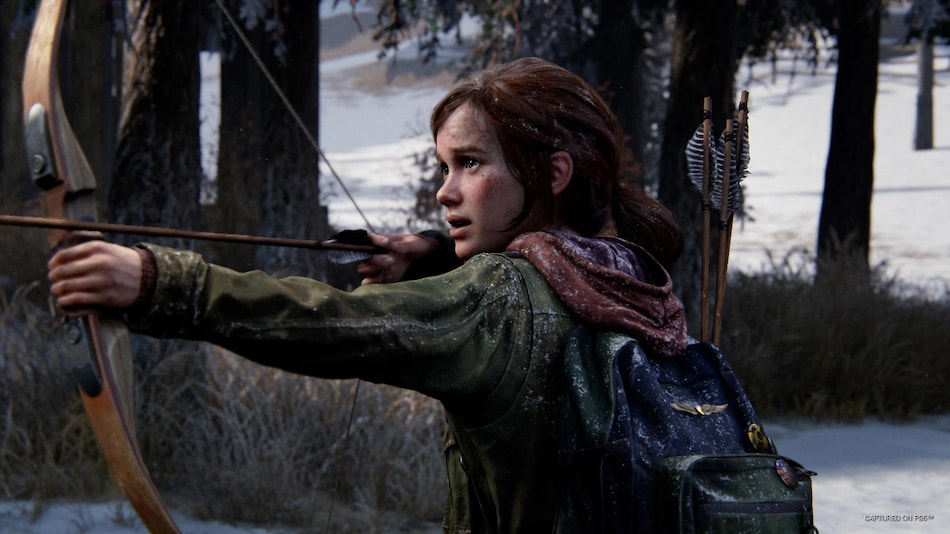 What are the biggest games coming in September 2022? Well, at first glance, this month seems a little dry on the triple AAA front, with offerings such as FIFA 23, NBA 2K23, and The Last of Us Part 1 remake. The latter releases exclusively on the PS5 with major technical improvements, revisiting the journey of an unlikely duo in the midst of a zombie apocalypse. And who said rhythm games were dead? This month, you can delve into Metal: Hellsinger, a Doom-like FPS, where you lay waste to diabolical enemies, while rock music blasts in the background.

Those looking for a Souls-like experience can opt for Steelrising — an RPG set during the French Revolution, where you tear through hordes of mechanical armies. Think of it like Bloodborne meets Sekiro, but it's more hack-and-slash oriented. Sports fans are eating good too, with the aforementioned NBA 2K23 and FIFA 23 gracing consoles and PC. This time, the football simulation game arrives with cross-play support, enabling seamless play between Xbox, PlayStation, and PC systems.

Handheld gaming enthusiasts can rejoice, as Splatoon 3 drops onto Nintendo Switch, letting you splash colours onto a deserted metropolitan city. Later in the month, you can sink into the cosy embrace of Slime Rancher 2, as you vacuum up adorable slime blobs across the new Rainbow Island.

The Last of Us Part 1

When: September 2
Where: PS5

Rebuilt from the ground up, Naughty Dog's remake of the critically-acclaimed post-apocalyptic zombie-survivor game is coming to the PlayStation 5. The story follows a grizzled loner Joel, who after the loss of his daughter, gets depressed, and takes a liking to the art of smuggling. Upon being tasked with escorting a teenage girl Ellie, he crosses paths with countless figures and life-threatening situations, eventually becoming a father figure to her. This remake weaves the same emotional tale of the unlikely pair, while inviting a host of improvements on the technical side.

The PS5 hardware ensures that The Last of Us Part 1 remake plays at stunning 4K, offering 60fps at dynamic settings. Mainstays like the DualSense controller's haptic feedback and trigger effects will be retained, with overhauls to the character model and art design, in the veins of the gory, award-winning sequel. Enhancements are also seen in the enemy AI, and it lists a new “permadeath” mode for the masochists. This is adding to the slew of accessibility features — 60 options — geared toward those with visual or hearing difficulties.

Naughty Dog also has a PC version in store for us, but there are no details on a launch date.

The Last of Us Part 1 PS5 Review: Absolutely Gorgeous, but Overpriced

Fighting mechanical soldiers in the 1700s as a ballerina-turned bodyguard, Aegis is ready to save the French Revolution. Developed by Spiders and published by Nucon, Steelrising is set in 1789, when King Louis XVI is trampling the French Revolution with his army of automatons. Different from the rest of the automatons, Aegis was engineered by Vaucanson to protect the queen. Now, she is on a mission to defend the revolution from the King's wrath, and fight his mechanical army.

In this RPG, players will play as Aegis, the automaton, to be part of an alternate history, and alter it. By using carriages, grapples, and hidden passages, players will get a chance to explore France during the revolution. As Aegis, you will be able to use a variety of weapons and skills to defeat bosses and other automatons working for the King.

The latest instalment in one of the most popular basketball sim games, 2K Games' NBA 2K23 features the Phoenix Suns' Devin Booker as the cover star. The upcoming title will add a new set of offensive skill-based moves for more effective attacks on the basket, and allow you to use new one-on-one mechanics for better defensive play. You can participate in matches set on a massive cruise liner, which will grant rewards.

With NBA 2K23, the publisher is also bringing back the Jordan Challenge, an immersive experience that first made its debut on NBA 2K11. This mode comes with era-specific visuals that will show you MJ's impressive growth from a college basketball star to an international star, along with immersive Jordan Challenges.

Pre-ordering the game will also grant access to 5,000 in virtual currency, 5,000 MyTEAM points, MyTEAM promo packs, a Devin Booker MyPLAYER jersey, and other digital collectibles, according to 2K Games'.

When: September 9
Where: Nintendo Switch

Nintendo's upcoming third-person shooter is the third entry in the series, just as it says in the name. Splatoon 3 will allow you to play as an Octoling or an Inkling, with the ability to morph into a squid or an octopus, respectively. You can then shoot ink at each other using weapons that are designed to resemble everyday items, each with varying levels of effectiveness at dispensing ink. You'll start in the new Splatsville hub, while the single-player mode story is based in a location called Alterna.

While the game lets you pick the main weapon and secondary weapons before a match, it's worth noting that “ammunition” is limited, and you have to morph from humanoid form and swim in the ink to replenish it. The publisher revealed in February that Splatoon 3 will also feature a co-op mode allowing gamers to team up, which will join Turf War, the online multiplayer game mode that pits two teams of four players against each other.

Developer The Outsider and Funcom are presenting the Metal: Hellsinger, a rhythm-based first-person shooter. The game requires you to gun down your enemies to the beat of the rock metal music playing in the background. Metal: Hellsinger takes players through eight hells, where they are required to combat demons and devils.

Players will be able to unlock special challenges and compete for realms of Torment to climb the leaderboard. In order to defeat The Red Judge, a player will have to fight through The Infernal Planes, Voke, and Stygia. The developer calls The Infernal Planes a union of a thousand hells. The game features original metal soundtracks, so you get to fight to the top, to the sound of rock.

A sequel to the 2017 indie hit Slime Rancher, Slime Rancher 2 is set in the new location of Rainbow Island. Continuing your journey as Beatrix LeBeau you will set up a new ranch in the vibrant surroundings of this mysterious island. This sandbox experience revolves around you exploring the prismatic vast expanse to collect and breed slimes.

Along the way, LeBeau will stumble across some of her old friends. You can also upgrade your equipment, build gadgets, and expand your ranch. Slime Rancher 2 also brings several never before seen slimes like the bouncy cotton slime and the aquatic angler slime.

Thanks to new demands from the global footballing body, FIFA 23 is set to be the last game in the decades-spanning franchise from EA Sports. From next year, it will be called EA Sports FC.

With FIFA 23, the in-game physics have been upgraded using the HyperMotion2 technology, with features like Technical Dribbling and Active Touch. And this time around, HyperMotion (2) is coming to PC as well, after having been ignored last year.

The Manager Career and Player Career Modes come with several new additions as well. A new Dynamic Moments feature can trigger more cinematic scenes during your player and manager careers. The transfer system has also been revamped.

The Last of Us Part I