Samsung One UI 5.0 Introduced at SDC 2022, Galaxy S22 Series to Get the Update First

Samsung Galaxy S22 lineup is tipped to get One UI 5.0 update on either October 17 or October 19. 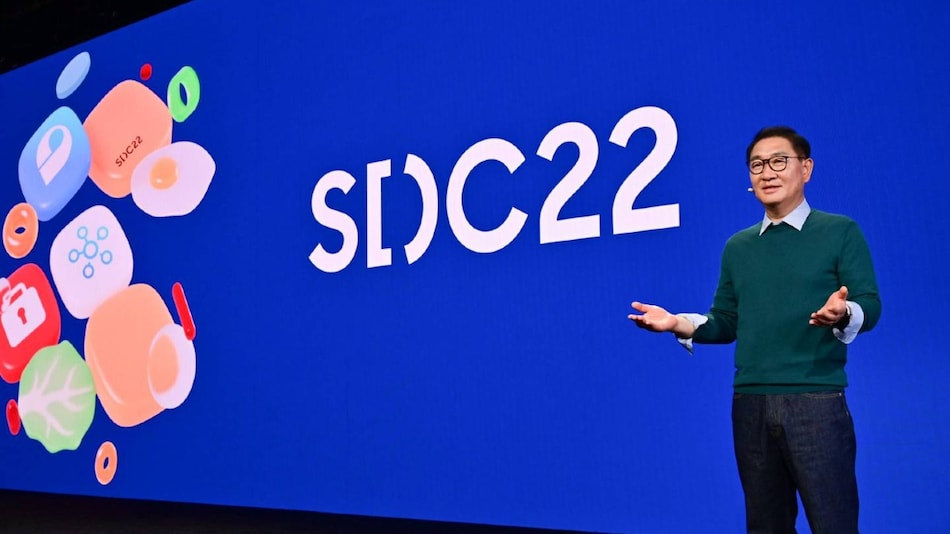 Samsung Developer Conference (SDC) 2022 took place on Thursday in San Francisco, USA. During the event, the South Korean tech giant officially announced the Android 13-based One UI 5.0. It showcased several key features of the One UI 5.0, including customs Modes and Routines, a Dynamic Lock screen, and more. Samsung also revealed that it will first release the stable version of this OS for the Galaxy S22 series. There is no exact date set for the rollout, however, it will be released by the end of October.

Samsung held the SDC 2022 on Thursday where it announced that the Galaxy S22 series will be receiving the stable version of the One UI 5.0 by the end of October. However, the release timeline may vary depending on the region.

During the SDC 2022 keynote, Samsung showcased some of the key features that the stable One UI 5.0 will bring. These include new personalisation options such as custom-built Modes and Routines, and a Dynamic Lock Screen. There is also a new Bixby Text Call feature, which allows the Bixby Voice assistant to answer your calls and share your typed message with the caller. Samsung has also added Samsung Privileged Health SDK, which allows developers to take advantage of the BioActive Sensor on the Galaxy Watch 4.