MIUI 13 will initially be available on models such as Xiaomi 11T Pro, Mi 11 Lite, and Redmi Note 10 Pro Max. 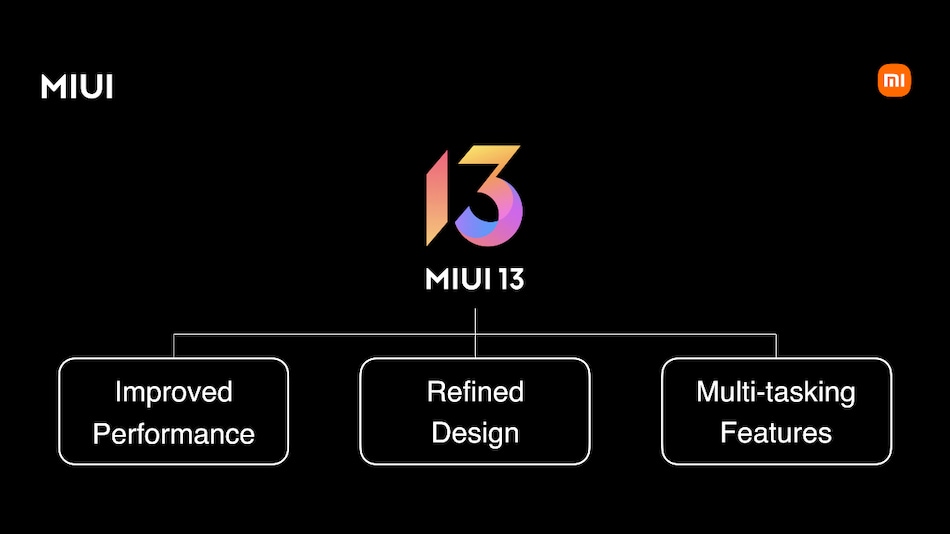 MIUI 13 was launched in India on Thursday at a virtual event. The new custom skin by Xiaomi is claimed to improve defragmentation efficiency on devices by up to 60 percent and improve read and write efficiency by up to 60 percent over the previous MIUI versions. MIUI 13 is touted to be focussed on three key areas — Improved Performance, Redefined Design, and Multitasking Features. As a successor to MIUI 12.5, MIUI 13 brings a new system-level file storage system called Liquid Storage. The new MIUI version also brings support for widgets that look quite similar to what we have on iOS 15.

MIUI 13 rollout will take place in India for Xiaomi 11T Pro, Xiaomi 11 Lite NE 5G, Mi 11 Ultra, Mi 11X Pro, Mi 11 Lite, Redmi Note 10 Pro Max, Redmi Note 10 Pro, Redmi Note 10, and Redmi 10 Prime starting from the first quarter of 2022, Xiaomi announced during its livestream. The update will also reach other Xiaomi and Redmi phones in the future, though details about those are yet to be revealed.

First unveiled in China in December, MIUI 13 comes as Xiaomi's latest proprietary interface to deliver a better user experience over MIUI 12.5 Enhanced Version. The latest MIUI version comes with Liquid Storage file storage system that is aimed to reduce fragmentation. The custom system is touted to retain read and write speeds of the Android operating system by as much as 95 percent after a long-term usage.

MIUI 13 is touted to retain up to 95 percent of original read/ write speeds after 36 months
Photo Credit: Xiaomi

MIUI 13 also includes Atomised Memory that is designed to bring RAM efficiency. The RAM optimisation feature analyses how apps use memory and closes inactive RAM processes to make room for new apps to run smoothly. The feature helps increase background process efficiency by up to 40 percent, the company claimed.

Xiaomi has additionally added Focused Algorithms as a part of MIUI 13 which is claimed to dynamically allocate system resources based on usage scenarios. The new feature is touted to help prioritise processing for the active app above all the installed ones to provide faster speeds.

In addition to Focused Algorithms, MIUI 13 has Smart Balance that is designed to use software algorithms to find the balance between performance and power consumption. It is claimed to help extend battery life on MIUI 13 by up to 10 percent over MIUI 12.

Alongside the system-level changes, MIUI 13 brings an upgraded interface where you have support for widgets — similar to iOS 15. The new skin also includes a Sidebar to let users access up to 10 apps from a floating window that can appear by swiping on the screen, without leaving your active app.

Xiaomi has also partnered with visual content firm Beauty of Science to offer new live wallpapers on MIUI 13. There are also new static wallpapers and themes. Moreover, MIUI 13 is claimed to have the least amount of uninstallable system apps compared to other operating systems and custom skins. The company even compared the number of pre-installed system apps on the new MIUI with Samsung's One UI 4.0 and Apple's iOS 15.4 during its livestream.

Robness: Meet the NFT Artist Who Sold a Trashcan Image for $252,000